What is Barakat Syndrome?

Barakat syndrome is one of the rarest diseases that have been found in the human body. This is a condition that is found to coexist with hyperparathyroidism (H) (a condition where the hormone of parathyroid is not produced adequately), sensorineural deafness (D), and also renal ailments (R). Hence this disease is also referred to as HDR syndrome. This disease was first explained by Amin J. Barakat in the year 19771 and hence the name.

Barakat syndrome is a rare genetic disorder that can widely vary in terms of its clinical intensity. Patients with this disorder can develop problems of deafness, muscular spasm, hypocalcemia, afebrile seizures and tetany at any age of their life. The ‘H’ factor or the problem of hyperparathyroidism is seen to occur with as many as 93% of patients. ‘D’ factor or Deafness is seen in at least 96% of the patients and the ‘R’ or the Renal ailment is also prevalent in at least 72% of the patients. There can be other additional problems like cardiac diseases, abnormal eye function, facial problems, psoriasis, basal ganglia related issues, inadequate growth, and cognitive inadequacies. 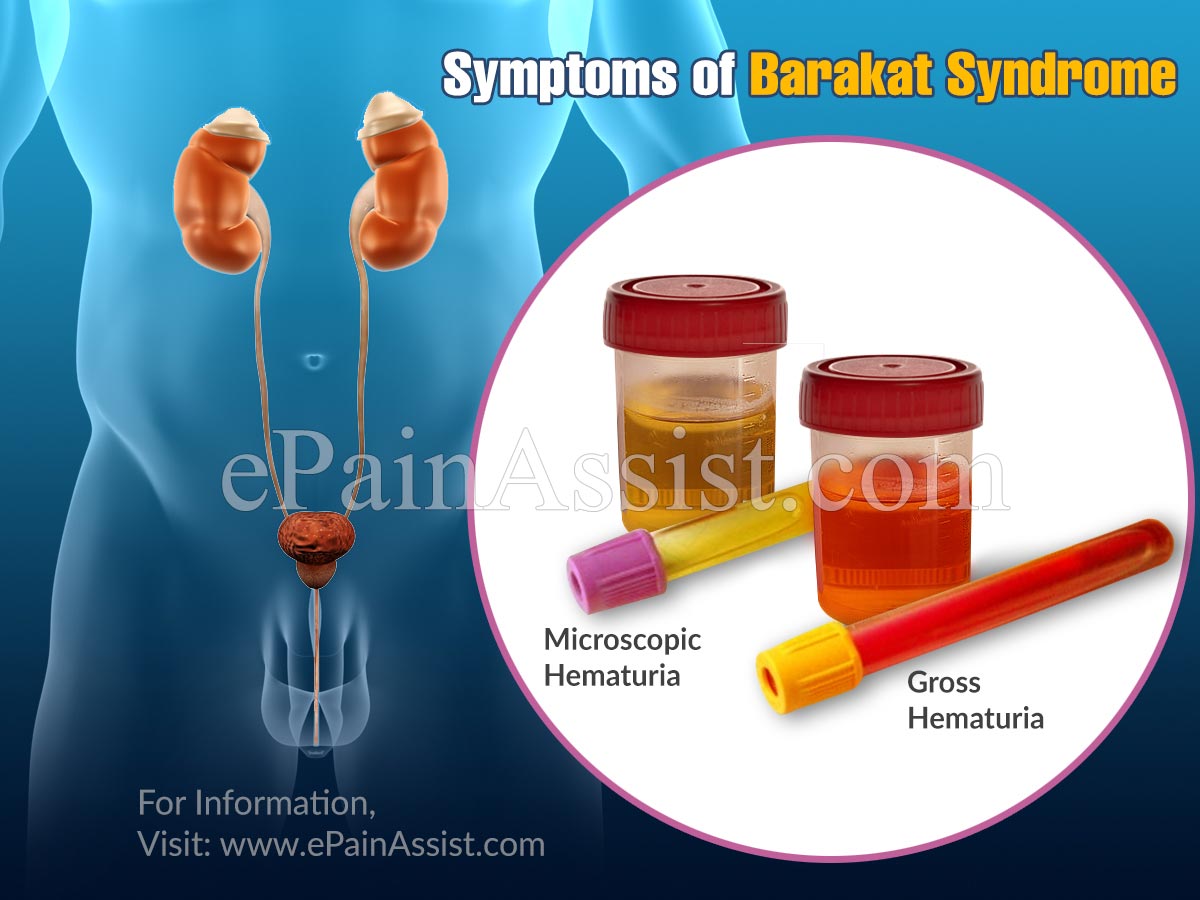 It has been mentioned at the very beginning that Barakat syndrome occurs due to genetic disorders. It is inherited in the form of an autosomal dominant manner. This kind of genetic disorders happens when a single gene with the disorder is passed on to the offspring and that is enough for the child to inherit the disease.3 The individual can inherit the disease through any parent or can be the result of a mutated gene in the individual alone. Both male and female children are at risk of inheriting this problem.

There is no single group or category of people who are known to inherit Barakat syndrome particularly or are particularly susceptible to this ailment. Very limited research has been done on this domain and it has been so far agreeing that it is one of the rarest genetic disorders that have been reported so far. Only about 180 patients have been reported with this disease and they have come from various parts of the world such as America, India, Europe, China, the Middle East, and Japan. Further clinical research and knowledge is required in this domain so that the problem can be better diagnosed amongst patients of all kinds.3

Barakat Syndrome is a condition that can also lead to a number of other related conditions. Research into the domain has clearly explained the fact that some of the other problems that can stem out of Barakat syndrome are familial idiopathic hyperparathyroidism, a progressive sense neural deafness that could come without the renal disease and also autosomal recessive hyperparathyroidism along with the presence of renal insufficiency.2 There can also be inadequate development or delayed growth and chances of deletion of the 22q11 syndrome.

The successful diagnosis of this ailment depends on finding the cause of Barakat syndrome. These findings could be done on the basis of hearing tests, an imaging of the kidney or a kidney biopsy. A molecular genetic test can also be done so that the mutation of the GATA3 gene can be detected. In about 65% cases, it has been found that the patients have all the elements of the Barakat syndrome. In other cases, just about one or two of the elements are present.

Treatments required for Barakat syndrome are long term and quite comprehensive in their nature. It consists of mainly genetic counseling. Management of the symptoms is one of the integral aspects of treatment for Barakat syndrome. Hypocalcemia is the most common problem and symptom that need to be managed in this condition.

Deafness has to be managed as early as possible so that minimum damage is done. There are some other minor problems like cysts in the kidneys which do not need any treatment. Rather close observation must be provided for them. However, there can be other kidney related problems that could call for surgery or other forms of intervention.

Barakat syndrome is a condition that can be quite detrimental to the general lifestyle of a person. Unfortunately, Barakat Syndrome cannot be stopped from progressing or controlled. It can pose serious challenges like weak body muscles and bones, a problematic renal functioning and also deafness that can spoil the quality of life.

However, having said that it is also important to remember that Barakat syndrome happens to be a really rare disease. Knowledge regarding this condition is also quite limited which is why often proper diagnosis could be a problem. Fortunately enough, respite and relief can be attained in case of Barakat syndrome through the management of its symptoms.