Cancer that is occurring in the stomach is known as stomach cancer. Stomach is the sac that is muscular and its location in the body is below the ribs. The food that you eat is held by the stomach and in the process it is broken down and digested. 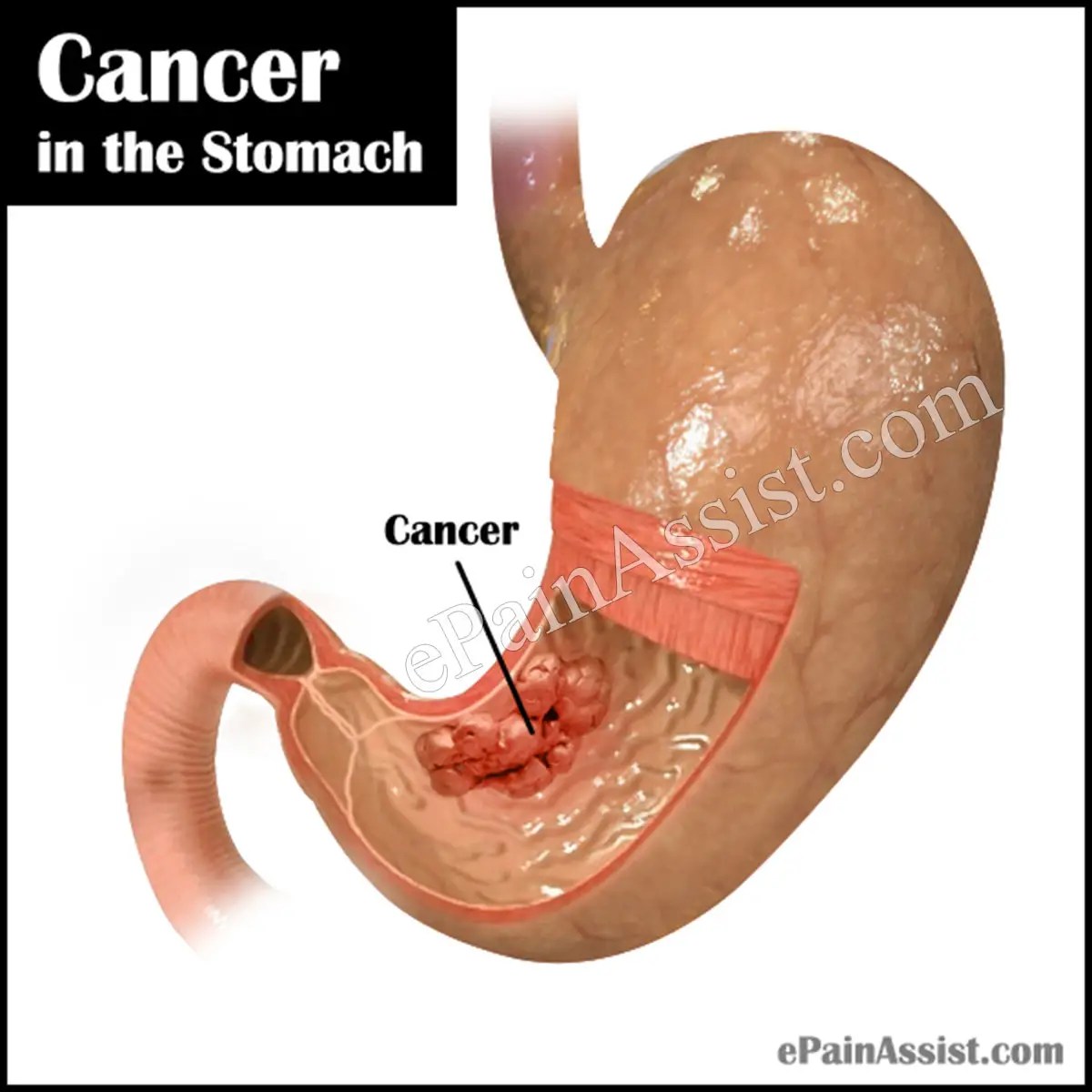 In the United States, it is rare to witness stomach cancer. With a decline in number of patients who are diagnosed with the diseases annually. Japan and china are the leading areas in the globe that witness high rates of stomach cancers.

Causes of Cancer in the Stomach

The cause of stomach cancer has not been ascertained by the doctors at the moment. Pickled, salted and smoked foods are perceived to be the contributing factors for cancer in the stomach. The rate of having stomach cancer has reduced in the world with the inception of refrigerator for food preservation.

When mutation takes place in the DNA of a cell the cancer will occur. The rate of cell division will be so rapid in the mutated cell and it will be alive whereas the normal cells continue dying. The nearby organs will be invaded by the accumulation of the mutated cells. The spread of the cancer cells in the entire body will be due to the fact that a cancer cell breaks off from the tumor.

Types of Cancer in the Stomach

The various type of cancer in the stomach includes: 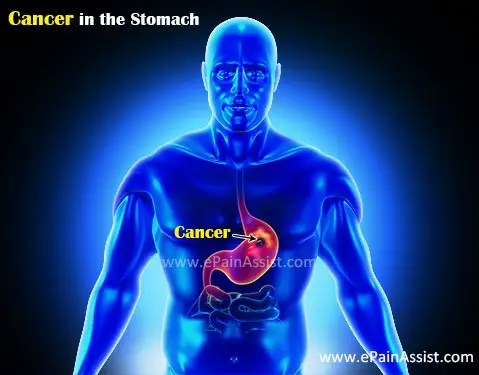 Signs and Symptoms of Cancer in the Stomach

The following are the signs and symptoms of cancer in the stomach:

The Risk Factors for Cancer in the Stomach

The risk factors that elevate the chances of developing cancer in the stomach include:

Tests to Diagnose Cancer in the Stomach

The procedure and tests involving the diagnosis of cancer in the stomach includes:

The decision by the doctor regarding the treatment that you are to receive will depend on the stage the stomach cancer has reached. The procedures and test used to determine these two key areas are:

Your situation will tell if other staging systems will be used.

Stages for Cancer in the Stomach

The adenocarcinoma stomach cancer has the following stages:

Treatment for Cancer in the Stomach

The stage of the cancer in the stomach will determine the mode of treatment, coupled with your preferences and your health generally.

Surgery for Treating Cancer in the Stomach

A margin of healthy tissue is removed together with all the cancer in the stomach if it is possible. These options include:

Bleeding and infections are some of the shortcomings of surgery. Digestive problems can occur owing to total removal of the stomach.

Radiation Therapy for Treating Cancer in the Stomach

Radiation therapy can help in treating cancer in the stomach. This entails the use of energy beams that are highly powered for example X-ray to eliminate cancer cells. You lie on the table as a machine moves around you while emitting the energy beams.

This procedure can be used prior to surgery (neadjuvant radiation) which shrinks the tumor in the stomach making it easy to be removed. Any cells that remain can be killed through the same criteria (adjuvant radiation). Chemotherapy is often combined with radiation therapy. Side effects that might be occasioning due to a large tumor might be relieved through radiation.

Diarrhea nausea, vomiting and ingestion can occur as a result of radiation therapy.

Chemotherapy for Treating Cancer in the Stomach

Chemotherapy can aid in treating cancer in the stomach. This is a treatment that entails using chemicals to eliminate cancer cells. Cancer cells that might have spread throughout the body can be eliminated by chemotherapy drugs.

People with stomach cancers that have advanced can relieve the signs and symptoms through chemotherapy.

Targeted Drugs for Cancer in the Stomach

The doctor will be able to know whether this treatment will be viable for your status after conducting tests.

Clinical Trials for Cancer in the Stomach

This is one mode of using new discovered treatment mechanism or alternative enhance new traits of the existing ways. You can try new treatments through participation on clinical trials. Nevertheless, cure is not guaranteed through these trials. The doctor’s certainty about the side effects is also minimal in this regard.

Seek your doctor’s advice for your eligibility of clinical trials. You will be able to discern the pros and cons together.

Coping with Cancer in the Stomach

The diagnosis of cancer can be straining and frightening. You will find out, after you adjust, that this helps go through your normal life after your fist encounter. Try doing the following to cope with cancer in the stomach:

Prognosis for Cancer in the Stomach

Describing the prospect of recovering and surviving of a disease is called as prognosis. It might be hard to answer this question. ”Can I get through this?” this is a question often asked by people when they get to be aware of that they have cancer in the stomach. The answer to this question is not easy.

The chance of recovering from cancer in the stomach depends on the following factors:

Life Expectancy or Survival Rate for Cancer in the Stomach

This is the amount of time that one survives after being aware and being diagnosed with cancer in the stomach.The stage and type of cancer is the main determiner of the survival rate. Often, statistics uses the span of five years. Five years after being diagnosed. The people fall under this three groups and they are alive:

The life expectancy could be more positive as per now because these stats are based on analysis collected more than five years ago. Treatment improvement has indicated that people who have been recently diagnosed have had better survival rate for cancer in the stomach.

Below mentioned are the five year survival rates based on five years for stomach cancer in accordance to the National Cancer Institute (NCI):

Some other percentage that has to be accounted for is that, people may also die of other causes apart from the cancer in the stomach.

8 Types Of Abdominal Aches That Should Never Be Ignored