Kidney Disorders- There are many pathological conditions affecting the kidney. These conditions can be caused due to various factors. One of the factors which affect the kidneys is overuse of analgesic medications, which can hamper the renal function. In this article, we will discuss about a medical condition called Analgesic Nephropathy which is caused by over consumption of analgesic medications.1 We will discuss various causes, risk factors, symptoms, and treatments for Analgesic nephropathy. 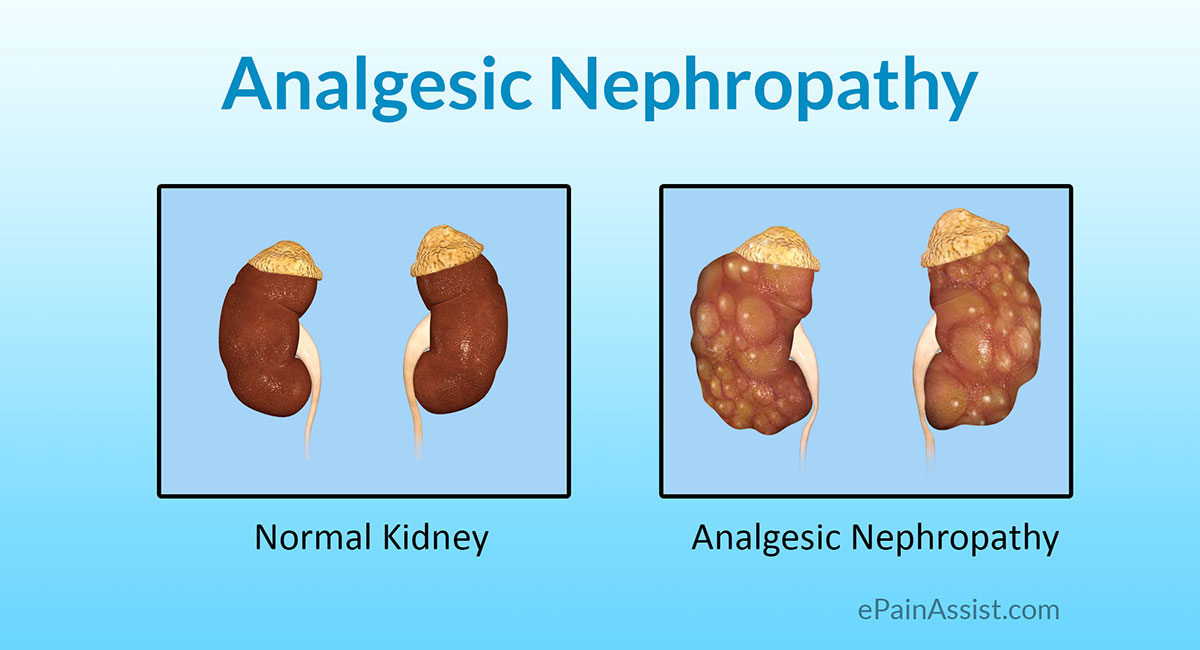 How Is Hereditary Analgesic Nephropathy Defined?

As stated, the main cause of Analgesic Nephropathy is overuse of analgesic medications, usually more than four pills a day for over 6 years. Now, we will study about how these medications affect the kidney and what is the mechanism.

Consumption of Higher Dosage over the Counter Analgesics

In cases of Analgesic Nephropathy, a detailed physical examination may come up with results suggestive of interstitial nephritis or renal failure. In some patients, hypertension is also observed. The physician may also observe abnormal heart tones. Swelling of the lower extremities may also be observed.

Other Tests To Confirm The Presence Of Analgesic Nephropathy Are:

What is The Treatment for Analgesic Nephropathy?

The front line treatment of Analgesic Nephropathy is to stop all over-the-counter medications. The main goal of treatment is to protect the kidneys from further injury and treat the already present dysfunction which can be done with restricted intake of fluids, dialysis, or even kidney transplant. Counseling may also help in people who are dependent on chronic over-the-counter pain medications to look for other forms of treatment for their pain.

What is The Prognosis for Analgesic Nephropathy?

In early phase of Analgesic Nephropathy, the renal function improves with stopping of the offending medications. In advanced cases, the disease may continue to progress.

Some Complications Of Analgesic Nephropathy Are:

How To Prevent Analgesic Nephropathy?

3. Hepatic and renal toxicities of indomethacin acid, salt form and complexed forms with hydroxypropyl-β-cyclodextrin on Wistar rats after oral administration.