Liver cirrhosis is currently one of the main public health problems in the world, consolidating within the first 10 causes of general mortality in countries with low average income.

Cirrhosis is a late stage of scar formation (fibrosis) in the liver originated by various conditions and liver diseases, such as hepatitis and chronic alcoholism. The liver performs various vital functions, which include removing harmful substances from the body to detoxify it, cleanse the blood and produce vital nutrients.

Cirrhosis is the final consequence of liver damage. Every time the liver is injured, it tries to repair itself by its own means. In this process, scar tissue is formed. As cirrhosis progresses, more scar tissue are formed, making it laborious for the liver to work.

In general, the liver damage caused by cirrhosis cannot be repaired. However, if liver cirrhosis is diagnosed on time, and its cause is treated, additional damage may be limited and, in a few cases, reversed. 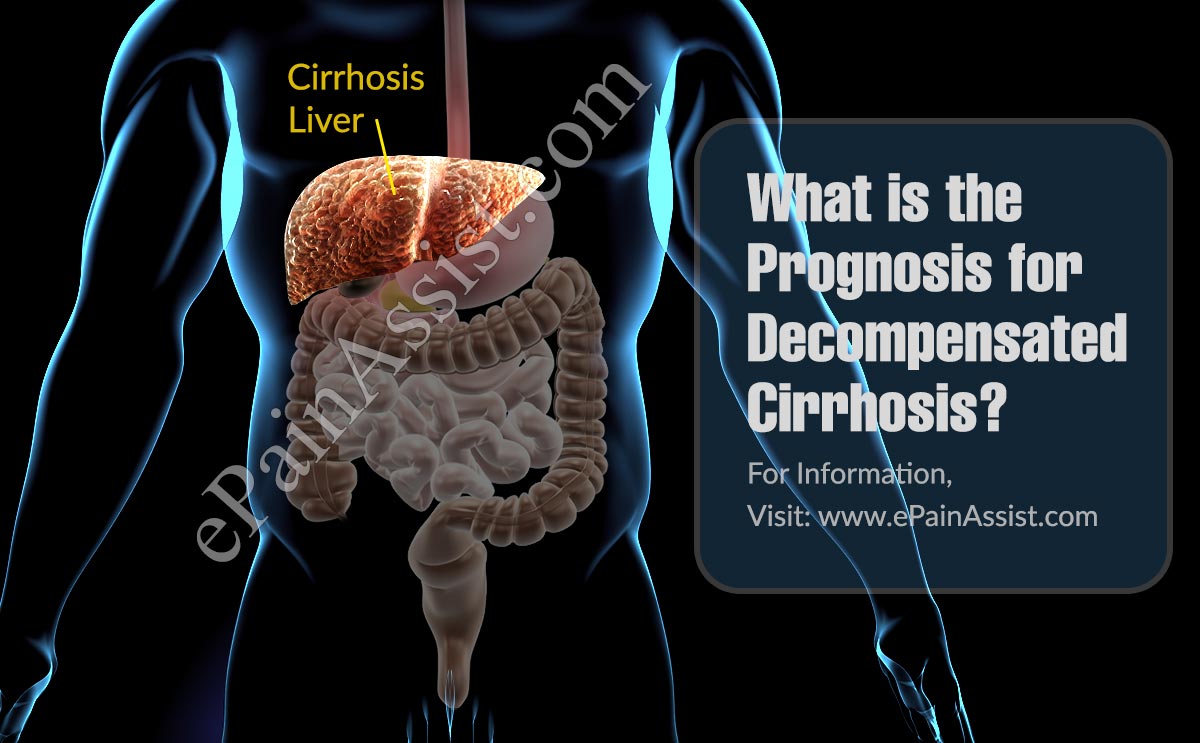 What Is The Prognosis For Decompensated Cirrhosis?

The development of complications secondary to portal hypertension and liver failure, which are prognostic markers, occurs in up to 15% of cirrhotic patients each year; these complications include ascites (accumulation of fluid in the abdomen), variceal digestive bleeding, infection and hepatic encephalopathy (an altered level of consciousness).

Compensated cirrhosis in the absence of esophageal varices leads to low mortality, close to 1% per year, while the development of esophageal varices increases the risk of death up to 3.4% per year. Once some decompensation occurs, mortality increases dramatically; thus, the development of ascites increases mortality to 20% per year; the presence of severe hepatic encephalopathy supposes an annual mortality of 54%, and after the first episode of variceal digestive bleeding the mortality can reach up to 57% in the first year of the event. The development of acute decompensation in cirrhosis is usually associated with a precipitating event, such as bacterial or viral infections, surgery, trauma, active alcoholism, among others. Although with standard treatment many patients respond and return to the compensated state, up to a third develop hepatic or extrahepatic organic failure, which worsens their prognosis.

This condition has been called acute-on-chronic liver failure (ACLF), a recently recognized syndrome characterized by acute decompensation of cirrhosis associated with hepatic and extrahepatic organic failure, which leads to high mortality in the short term (30-40% at 28 days); this entity occurs mainly in patients with cirrhosis of alcoholic etiology and the most frequent triggering factor is infection. The development of chronic hepatic insufficiency exacerbated occurs in the context of systemic inflammation, whose severity correlates with the degree of organ failure and mortality.

Different Latin American studies have shown high in-hospital mortality in cirrhotic patients, reaching up to 24.2% in the general ward, whereas in patients with management requirement in intensive care unit mortality can reach 86%, which shows the poor prognosis associated to cirrhosis. However, epidemiological data on liver cirrhosis is limited; there are few studies that provide demographic, clinical or prognostic information in this type of patients, as well as the literature that offers data on factors related to mortality due to this disease. It is for this reason that it is necessary to keep studying this disease, so that knowledge of its epidemiology is generated and it serves as a support for doctors in making clinical decisions, assistance and in the generation and adaptation of policies based on real data. Identifying those patients with the highest risk of adverse outcomes can help in making decisions aimed at improving their prognosis.

Hospital mortality in cirrhotic patients is high, with sepsis and bleeding being the two precipitating events of chronic liver failure and death. It is necessary to adapt public health measures aimed at the prevention, early and timely diagnosis of this disease, to avoid the development of complications and improve the prognosis in cirrhotic patients.