What Is Ataxia-Telangiectasia Or Louis-Bar Syndrome?

Ataxia-Telangiectasia or Louis-Bar Syndrome is a very rare pathological condition present in children in which the brain gets affected adversely causing symptoms and complications. This disease may also affect different parts of the body. Ataxia means uncontrolled movements usually when ambulating and telangiectasia means enlargement of blood vessels underneath the skin surface. 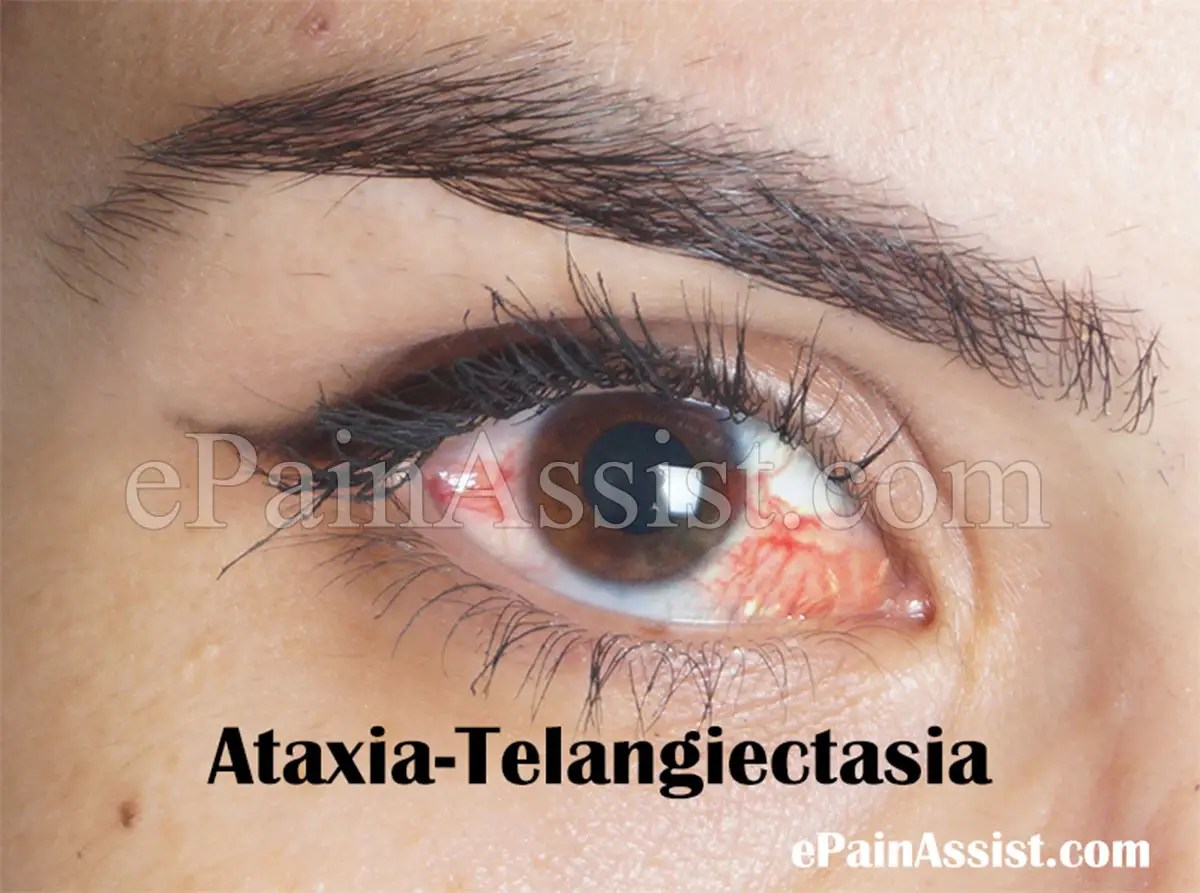 What Are The Causes Of Ataxia-Telangiectasia Or Louis-Bar Syndrome?

Ataxia-Telangiectasia or Louis-Bar Syndrome is an inherited disorder from one generation to another in a family. This disease is an autosomal recessive disorder which means that the child needs to get a copy of the defective gene from both parents. This disease develops due to mutation in the ATM gene or the ataxia telangiectasia mutated gene which results in cell deaths abnormally at various parts of the body to include the brain which is responsible for movements in the body causing various complications. This disease affects boys and girls equally.

What Are The Symptoms Of Ataxia-Telangiectasia Or Louis-Bar Syndrome?

Some of the symptoms of Ataxia-Telangiectasia or Louis-Bar Syndrome are:

How Is Ataxia-Telangiectasia Or Louis-Bar Syndrome Diagnosed?

What Are The Treatments For Ataxia-Telangiectasia Or Louis-Bar Syndrome?

As of now, there is no definitive cure for Ataxia-Telangiectasia or Louis Bar Syndrome. The physician basically provides supportive treatment and it is aimed at controlling the symptoms and preventing complications. The treatment requires a multidisciplinary approach in which the family members of the affected individual, the treating physician, immunologist, pulmonologist as well as a neurologist are all closely involved. There will also be vital inputs made by occupational therapists, physical therapist, nutritionist, and speech therapist for specific issues that the patient may have. For example, if the patient has swallowing problems because of which it takes quite a lot of time for the patient to finish the meals and the patient may not get enough nutrition. In such cases if they are identified early enough placement of a gastrotomy tube is of tremendous help to the patient to provide supplemental nutrition.

Additionally, any suspected infection needs to be treated promptly and adequately as individuals with Ataxia-Telangiectasia or Louis Bar Syndrome have a compromised immune system hence they have a tendency to catch infections early, thus they should be monitored and the environment around them needs to be clean and uninfected.

Individual with Ataxia-Telangiectasia or Louis Bar Syndrome tend to have serious respiratory system ailments with problems with deep breathing and persistent coughing episodes. These also need to be monitored and treated adequately. If respiratory problems are identified early enough then the individual should undergo a comprehensive respiratory care program to prevent serious complications.

Most children with Ataxia-Telangiectasia or Louis Bar Syndrome are able to attend normal school but as the disease progresses there will come a time when they require full time assistance with their activities of daily living both at home and at school. Since the eyes may get affected hence it may become difficult for the child to read information properly resulting in decline in academic performance. In such cases, regular counseling of the patient and the family is usually quite helpful.

What Are Some Of The Realistic Expectations For Individuals With Ataxia-Telangiectasia Or Louis-Bar Syndrome?

Such situations should be recognized early and communicated to the treating physician so that early treatment can be started and the progression of the disease is controlled.

To be realistic, even though the affected individual may be aware of the complications and he or she may even address those issues but still there is some amount of neurological deterioration, hence realistically speaking anyone suffering from Ataxia-Telangiectasia or Louis Bar Syndrome will have ambulation difficulties, and will require wheelchair for ambulation with the progression of the disease. There will be some degree of lung damage as well despite prompt treatment of infections.

Of note with the advancement of medical science to where it is today, with continuing research the day is not far when Ataxia-Telangiectasia or Louis Bar Syndrome may have a definitive cure.