Rosacea is a skin condition, which is quite common, and is characterized by facial redness and also red, small, pus-filled bumps. Middle-aged women with fair skin are more commonly affected by this condition; however, it can affect anyone of any age. If rosacea is not treated on time, then it worsens. Signs and symptoms usually flare up for some weeks to months before diminishing again, and then flaring up again. This cycle goes on. Rosacea can be misdiagnosed, as acne or some other allergic skin reaction/problems etc.

There is no known cure for rosacea. The aim of treatment is controlling and managing its signs and symptoms by medications and surgical procedures.

The cause behind rosacea is not known. A combination of hereditary and environmental factors is thought to be responsible for it.

Triggering factors which aggravate rosacea by increasing blood circulation to the skin’s surface include: 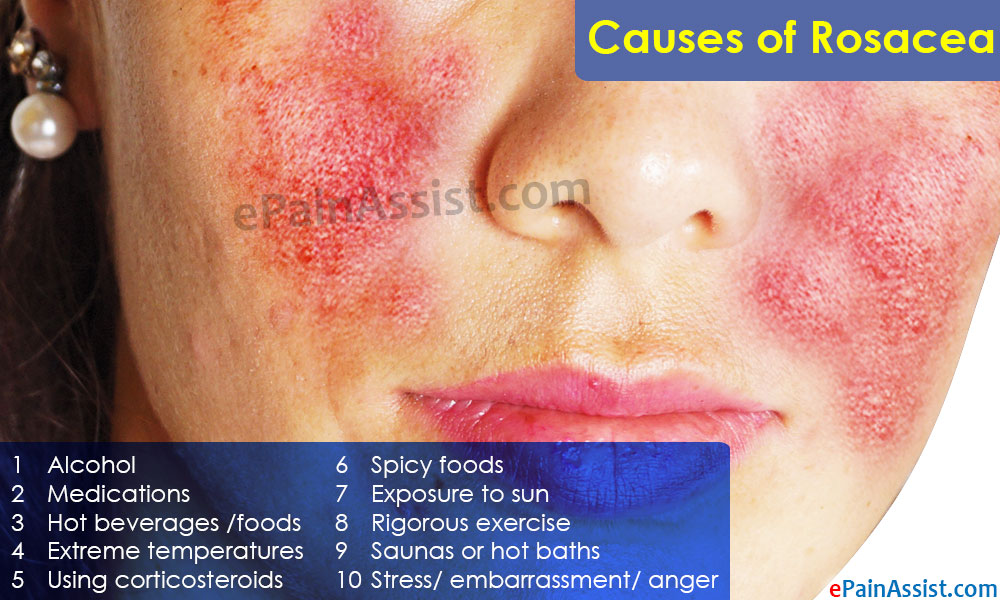 Signs and Symptoms of Rosacea

Medical history and the physical examination is done for diagnosis, as there is no particular test for diagnosing rosacea. There is a chance of misdiagnosis and other skin problems, such as psoriasis, acne, eczema, lupus etc., need to be excluded.

Treatment is done to manage and reduce the symptoms and it comprises of prescription medications and lifestyle modifications.

The treatment depends on the severity of rosacea that the patient has. Patient will notice an improvement within a month or two after starting the treatment. Symptoms tend to recur after treatment is stopped and for this long-term treatment is required which includes:

Laser surgery and electrosurgery help with the permanent scarring resulting due to the enlarged blood vessels and other changes from rhinophyma. These procedures help in reducing the appearance of the blood vessels and also in removing the accumulated tissue around the nose thus giving the patient an improved appearance.