What is Hip Tendonitis?

Tendonitis is a condition where the tendon gets over strained, such as while performing high potential activities, performing unusual movements for the body, or due to biomechanical problems. Tendonitis is also called as tendinopathy or tendinitis.[1]

Hip tendonitis is a condition in which single or many of the tendons that connect various muscles to the hip bone suffer damage. The hip and pelvis joints are responsible for taking strain by supporting the load of the body’s weight in an upright position not only when it is stable, but also during movements. The muscles present in this region are strong and bulky having full-fledged capacity to undertake powerful movements whereas tendons are very much prone to injuries.

Hip tendonitis is a condition which results in inflammation, pain and degeneration in any of the tendons present in the hip area including groin, hip flexors, gluteal tendons, and hamstrings. Excessive tension resulting from high force or over repetition of activities may cause a severe damage to the tendons of the hip. Hip tendonitis is a state where there is damage along with subsequent degeneration and inflammation of single or multiple tendons of the hip. Hip tendonitis generally occurs because of the wear and tear related to overuse injuries such as in sports injuries, but it also can occur due to trauma as a result of some accident.[2] 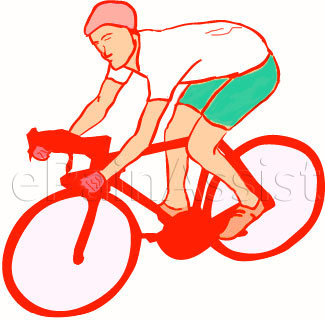 Hip tendonitis is generally caused by repetitive strain related to overuse. This generally happens in individuals performing heavy physical work that involves hip, which includes activities such as performing exercises that are beyond the capacity of the body’s tolerance. When an individual begins a new type of exercise or sport, the muscles and tendons may not be accustomed to the movements required and hence injury can occur. Similarly, increasing the duration and intensity of exercise may result in injury leading to Hip Tendonitis. Sudden progression in exercise without appropriate preparation may also cause hip tendonitis. Individuals who are engaged in sports such as cycling and running when associated with over straining also have the higher chances for developing hip tendonitis.[3]

Signs and Symptoms of Hip Tendonitis 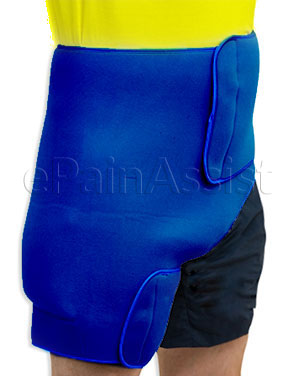 Bridging exercise for early recovery from hip tendonitis is performed by lying down on the back by standing the legs with knees facing towards the ceiling and feet flat on the floor. Gradually raise the bottom by pushing it with the help of feet in order to bring the hip, shoulder and knee in a straight line by tightening the bottom muscles. Hold the position for about two seconds until a pain free stretch is felt. Repeat 10 times.[7]

This exercise is performed by lying down on stomach. Now keep the knee straight and gradually raise the leg by tightening the gluteals. Hold the position for about two seconds and release. Perform 10 times. Performing lying hip extension exercise can help in early recovery from hip tendonitis.

This exercise is performed by lying down on the floor with the legs in standing position and knees facing the ceiling by placing a ball or a rolled towel in between the knees. Now gradually squeeze the ball or rolled towel in between the knees in order to tighten the adductors. Hold the position for about five seconds and release. Perform 10 times until a pain free stretch is felt.

This exercise is performed by lying down straight on the floor in such a way that one leg should be straight and the other leg should be in a bent position. Gradually raise the straight leg to about 45 degrees in such a way that the toes and knee face towards the ceiling. Hold the position for about two seconds and release. Perform 10 times until a pain free stretch is felt.[8]

Other tests that help in assessing the severity and ruling out other potential causes and injuries may include: