Can Lichen Planus Turn Into Cancer?

Can Lichen Planus Turn into Cancer?

We cannot say definitely that lichen planus (LP) turns into cancer, as there is not much evidence about that. However, there are some studies done on patients who have lichen planus and it showed that some of these patients has got cancers and also are at increased risk in getting cancers as well. The matter remains controversial within doctors whether lichen planus cause cancers or not. 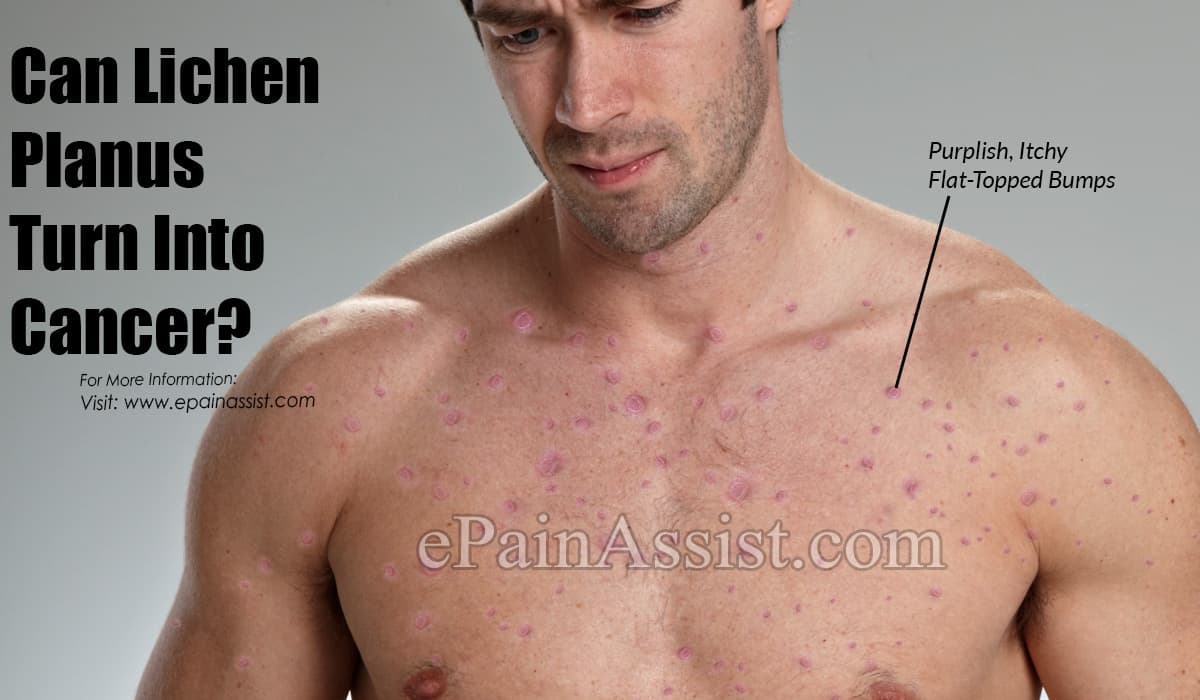 Oral cavity lichen planus (OLP) is more common in females (3:1 ratio) and the incidence peak between the 30 and 60 years of age.

Development of oral cavity cancer following lichen planus was seen in 1.09% of patients diagnosed with lichen planus in one study and in another study the incidence was 2.4%. The results remain controversial because of the heterogeneity of diagnostic criteria used for lichen planus. Also the follow-up length and information on exposure to different carcinogens that can cause oral cavity cancer was not been covered.

Therefore, cannot say that lichen planus lesions itself transformed to malignancy or were their other factors involved with the development of cancer.

The erosive lichen planus – this cause painful sores and ulcers in the oral cavity and there is 1-5% increase risk of these lesions turning into malignancy. This is named as a pre-cancerous lesion.

If you have any of the above mentioned risk factors it is best you stop tobacco chewing, smoking and alcohol consumption. Maintain good oral hygiene, remove uneven teeth and wear properly fitted dentures. Also go for regular follow ups so that oral cavity cancers can be identified at the initial stages and necessary treatment can be carried out.

Lichen planus affects the skin of the vulva. Vulva is the outer are of the female genitals. There have been few cases reported lichen planus turning into skin cancer of the vulva. This was seen within one year of initial diagnosis of lichen planus. However, the risk is very low when compared to the oral cavity cancers.

A study done on women who are diagnosed with lichen planus showed that there is significant increase risk of developing cancer in the oral cavity, lip, tongue, esophagus and larynx. The risks were higher in the first year of follow up, suggesting that most of these women sought medical advice due to symptoms of cancer. The risks remained high even several years after the first diagnosis of lichen planus.

Laryngeal and oesophageal lichen planus are rare, but if you are diagnosed with lichen planus in the larynx or esophagus and you get any symptoms you need to get medical advice immediately.