What Can Cause the Feeling of Something Stuck in Throat?

Sometimes we have a feeling as if something is stuck in our throat. This feeling is often experienced at the back of the throat, just posterior to the tongue. This feeling can occur on and off and can be severe or mild. You may also experience difficulty in swallowing, hoarseness, drooling, appetite loss or pressure and pain in the upper chest region. If these sensations happen sporadically, then it is usually nothing to worry about; but if the feeling of something stuck in the throat is prolonged or persistent then you may need to seek medical attention. What Can Cause the Feeling of Something Stuck in Throat? 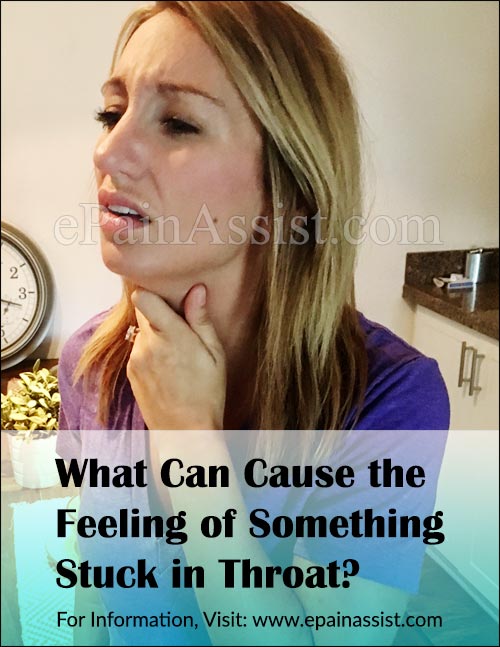 This pressure can also be exerted by conditions, such as thyroid gland enlargement and bone spurs on the cervical vertebrae.