Can Toxoplasma Infection Cause Neurodegenerative Disease?

People who are immune compromised such as the elderly population or people with HIV can have potentially serious complications due to Toxoplasma Infection to include meningoencephalitis. If this infection affects a pregnant female then it may lead to congenital Toxoplasmosis in the baby. If the central nervous system gets affected by Toxoplasma Infection then it often leads to significant behavioral changes and altered brain function [1].

The reason behind this is Toxoplasma Infection causes accumulation of glutamate in the brain. Glutamate is a neurotransmitter that plays a role in memory and learning. 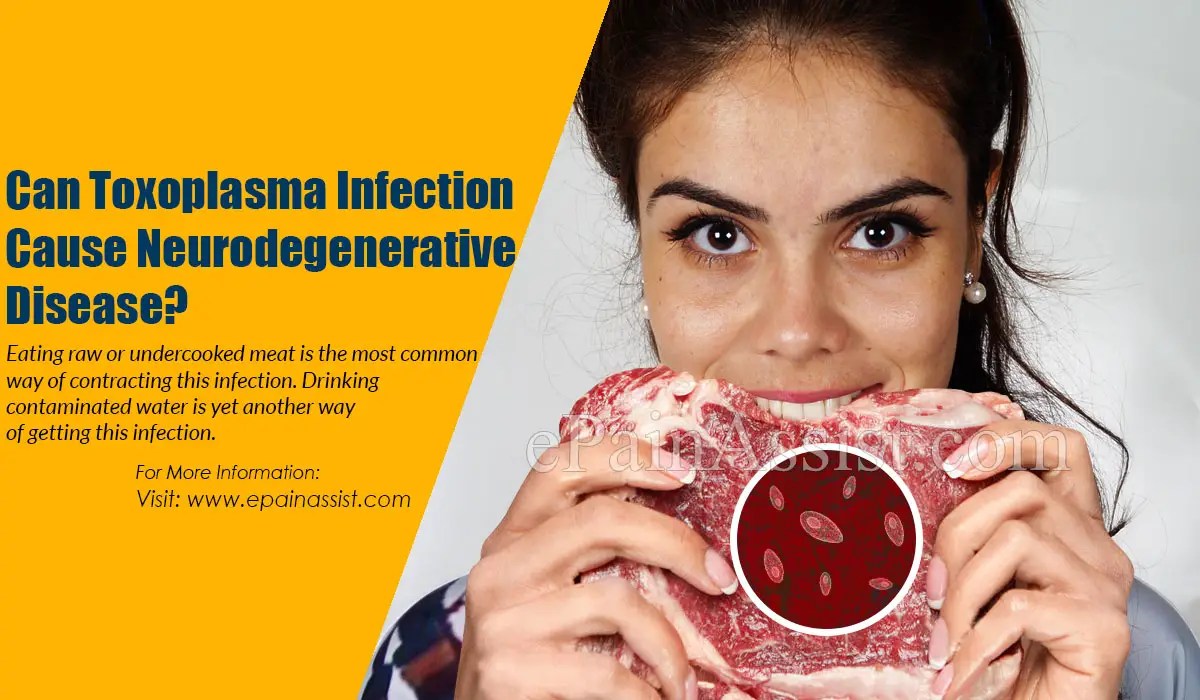 Can Toxoplasma Infection Cause Neurodegenerative Disease?

In case if an individual develops any symptoms from this infection, it usually is limited to flu-like symptoms or muscle aches that may last for a long period of time. However, if the Toxoplasma infection is severe then it may result in significant damage to the eyes and most of all the brain apart from other vital organs of the body. This is normally seen in people with a compromised immune system [2].

The latest study however brings to light another property of the Toxoplasma Infection in that it may cause neurodegenerative conditions in some people. This finding was noted after an extensive study was carried out on the effects of Toxoplasma Infection. The study was carried out at University of California Riverside. The study clearly showed that Toxoplasma Infection caused increased production of glutamate in the brain. Glutamate is a chemical that acts as a messenger between two neurons. It has been proved that excess of glutamate production adversely affects the brain [2].

This is seen mostly in people with a traumatic brain injury or in certain medical conditions like multiple sclerosis and ALS. The researchers state that these excess glutamates build up outside the neurons and are controlled by astrocytes. Astrocytes use one of the transporters of glutamate, the GLT-1, to take care of the excess glutamate.

What happens in cases of Toxoplasma Infection, this function of GLT-1 gets inhibited and it is not able to remove the excess glutamate in the brain [2].

This was proved through mice models infected with Toxoplasma Infection when researchers carried out tests on them. The observation of the researchers was that the infection causes swelling of the astrocytes which hampers their function and they are not able to control the production of glutamate. The infection also prevented the GLT-1 from carrying out its function of disposing off excess glutamate. This resulted in accumulation of this neurotransmitter and caused the neurons to die. This is what resulted in the development of neurodegenerative disease [2].

The result of the study threw new light on the topic that Toxoplasma Infection was mostly a benign condition. The researchers suggested that physicians should be made aware of the potential of Toxoplasma Infection to cause severe brain damage and neurodegenerative conditions. The researchers then used an antibiotic ceftriaxone on the mice models. This drug has shown good efficacy in cases of ALS and other CNS disorders. The researchers observed that this drug not only improved the function of GLT-1 which reduced excess glutamate and even revived neuronal function [2].

The researchers are of the firm belief that it is for the first time that any study has highlighted the impact of Toxoplasma Infection on the brain. However, they believe that more research needs to be done to go more in depth and better understand the true potential of this extremely common parasitic infection. The researchers also state that even though there is a link between Toxoplasma Infection and neurodegenerative disorders have been established through studies it is not a worrisome situation [2].

Toxoplasma Infection has been present for a significantly long time and there are hardly any cases where it has led to any serious conditions. However, it is always better to prevent the infection by eating well cooked meat and vegetables. It is also recommended to boil water and drink especially if in an area where there is a risk for contamination [2].

Cleaning pet dander with gloves on and mouth covered is the best way to prevent the parasite from entering the body and causing Toxoplasma Infection. The researchers are now working on the potential causes that result in the GLT-1 not functioning normally in cases of Toxoplasma Infection [2].

This occurs due to accumulation of glutamate, a neurotransmitter, outside of the neurons. The accumulation occurs as a result of impaired function of GLT-1, which is a transporter of glutamate. This accumulation is what results in the development of neurodegenerative disorders. This link has been proved through mice models [1, 2].

Researchers then tried ceftriaxone on the mice models infected with Toxoplasma Infection with neurodegenerative condition and observed that there was significant improvement in the function of the GLT-1 and reduction of glutamate. More research is underway to find out the cause of the impairment of the function of GLT-1 and come up with more interesting facts about Toxoplasma Infection [2].