Fanconi Syndrome – This is a medical disorder of kidneys in which substances which are normally absorbed in blood by kidneys are released in the urine instead resulting in many disease conditions. 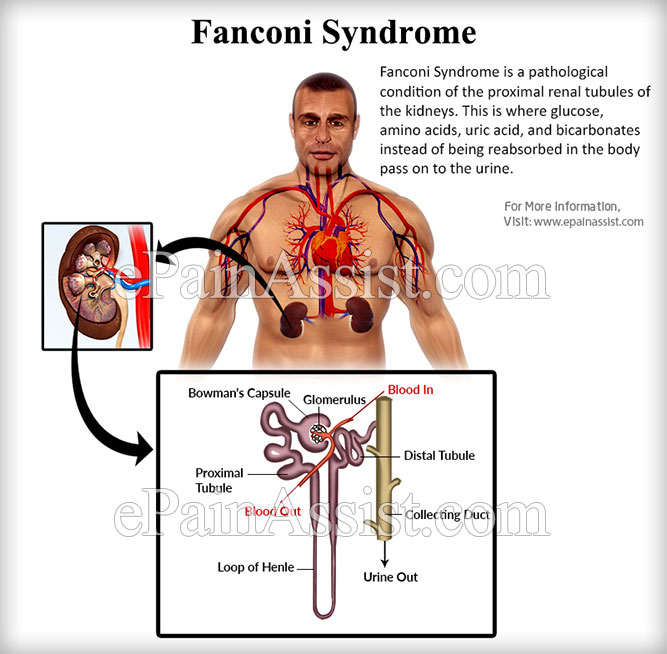 What Is Fanconi Syndrome?

How Is Fanconi Syndrome Caused?

Fanconi Syndrome can also be caused by defective genes or this condition may develop at a later age due to malfunctioning kidneys. There are times, when the exact cause of Fanconi Syndrome remains unknown.

Some of the common causes of Fanconi Syndrome are:

What Are The Symptoms Of Fanconi Syndrome?

Some of the symptoms of Fanconi Syndrome are:

How Is Fanconi Syndrome Diagnosed?

A urinalysis will show excessive loss of the following substances confirming the diagnosis of Fanconi Syndrome:

When these vital substances are lost, it results in numerous complications. Apart from this, a physical examination will show:

What Are The Treatments For Fanconi Syndrome?

The main aim of treatment for Fanconi Syndrome is replacement of the substances that have been lost in urine.