“Our eyes are the precious gems which shine with the beauty of the world” Any impairment or diseased condition in eyes can be a matter of concern for any individual. Subconjunctival hemorrhage or bleeding under the conjunctiva is one condition of the eye which may worry you when you get to notice the same. However, it usually is not harmful. To know more about it; we will go through this article which would talk about the causes, symptoms, and treatment for Subconjunctival Hemorrhage. 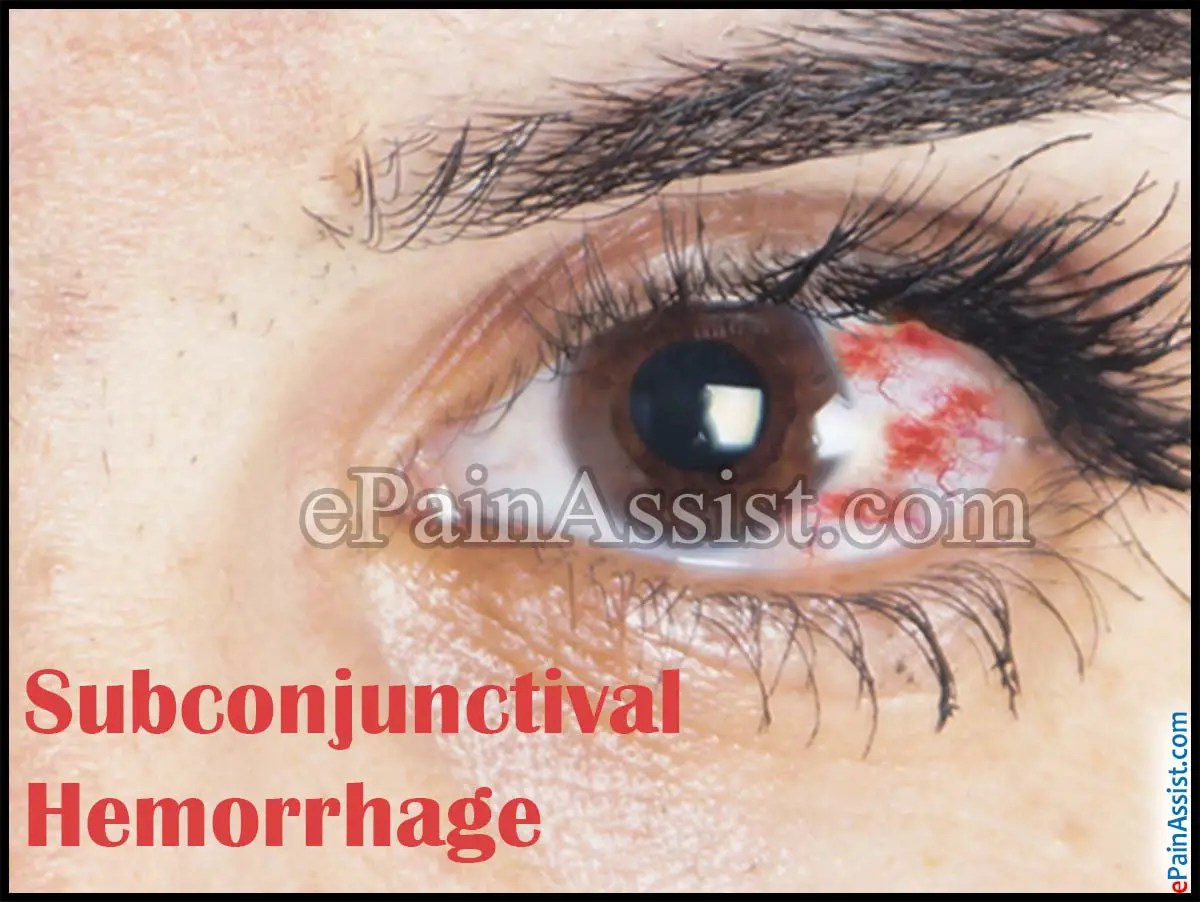 What is Subconjunctival Hemorrhage?

The outermost protective coating of the eyeball is known as Conjunctiva. It is the thin, transparent and moist membrane covering the white portion of the eye(known as sclera) and the inside of the eyelids. Conjunctiva comprises many nerves and small blood vessels. These tiny blood vessels in conjunctiva are rarely visible but when inflamed, they get larger and more visible. Because the blood vessels are pretty fragile, their walls may easily break and result in the bleeding under the conjunctiva known as the Subconjunctival hemorrhage. It is also known as Subconjunctival haemorrhage, Hyposphagma etc. This condition in the eye would usually appear as a bright red or dark red patch on the sclera of the eye and can be noticed when properly seen in the mirror.

Most of the subconjuctival haemorrhages are spontaneous and has no obvious cause for the bleeding that occurs from the conjunctival blood vessels. However some of the conditions which can result in the appearance of a spontaneous subconjunctival hemorrhage may be as follows.

What are the Symptoms of Subconjunctival Hemorrhage?

Though Subconjunctival hemorrhage usually is benign and cause no vision problems or any significant discomfort in the eye, there may be some symptoms seen or experienced at times. Below we will take a look on some of the symptoms of Subconjuctival hemorrhage.

Tests and Diagnosis for Subconjuctival Hemorrhage:

There are no special tests or diagnosis procedures for detecting the condition of Subconjunctival hemorrhage. Your eye doctor would generally know about the condition by having a physical examination of your eye. He or she may also ask you about your general health and symptoms, take your blood pressure, conduct an eye examination and obtain a routine blood test so as to make sure you do not suffer from any potentially severe bleeding disorder. 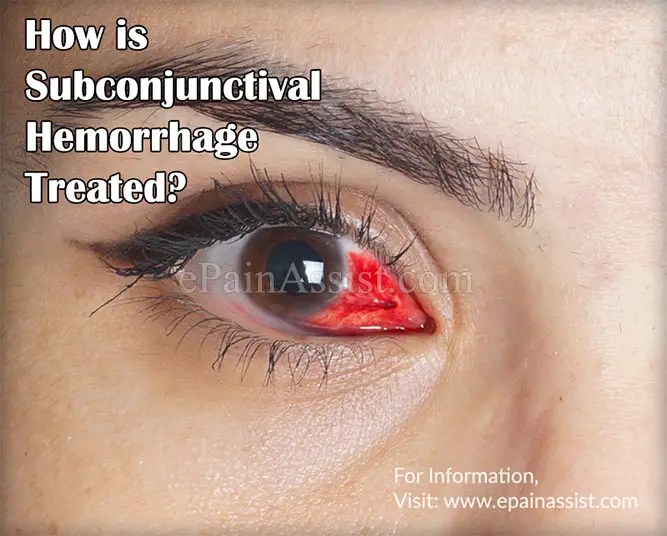 How is Subconjunctival Hemorrhage Treated?

As mentioned earlier that Subconjunctival hemorrhage is not a serious condition and may not require serious treatments in most cases as it may disappear in a week or two weeks of time on its own. However, treatments would be required in case the bleeding is caused due to a significant trauma or an infection of the eye.

Usually there is no way to prevent Subconjuctival hemorrhage as most of the times there are no obvious causes. However one can be cautious if he or she is known to some identifiable cause that may lead to bleeding in conjunctival vessels, like if the person is taking blood thinners, or if he or she has a bleeding disorder etc.

It must be noted that as rubbing of eyes can cause minor trauma to the eyes and cause a subconjunctival hemorrhage, so one must be careful while rubbing his or her eyes and may rub the eyes gently in case necessary.

Make a note to contact an expert professional in case you have redness in eye for a long period or if there is eye irritation or eye discharges.