What is Gestational Choriocarcinoma? 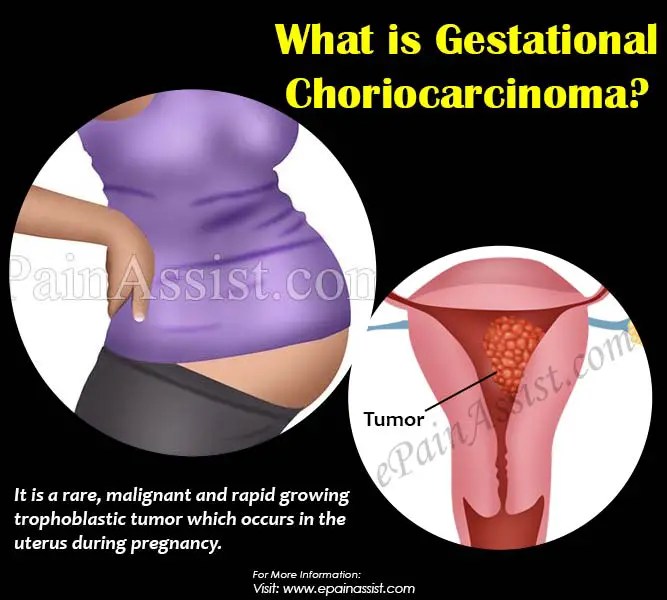 What are the Causes of Gestational Choriocarcinoma in Females?

Women who have experienced one of the following conditions tend to develop Gestational choriocarcinoma:

What are the Symptoms of Gestational Choriocarcinoma in Females?

Women with Gestational Choriocarcinoma also suffer from very painful cramps or menstruation (dysmenorrhea). If the tumor has spread to other sites of the body, then the patient can also have nausea or may cough up blood.

How is Gestational Choriocarcinoma Diagnosed?

How is Gestational Choriocarcinoma Treated?

The first line of treatment for Gestational Choriocarcinoma is chemotherapy. In some patients, a hysterectomy (surgical removal of uterus) and radiation need to be done.

What is the Prognosis & Life Expectancy of Gestational Choriocarcinoma?

When the diagnosis is made, lung metastasis is seen in more than 90% of the patients. Metastases to the brain and liver also occur, but less frequently. With treatment, patient has an 80% chance of a 5-year survival rate. Death occurs as a result of brain and liver metastases.