Bell’s palsy is a weakness or paralysis of the facial muscles of one side of the face. It makes half of the face to droop.

In most of the cases, the muscle weakness is temporary and there is an improvement over weeks.

The symptoms of this condition occur due to inflammation of the seventh cranial nerve i.e. the facial nerve. This nerve is responsible for the sensation and movement of the upper and the lower part of the face. 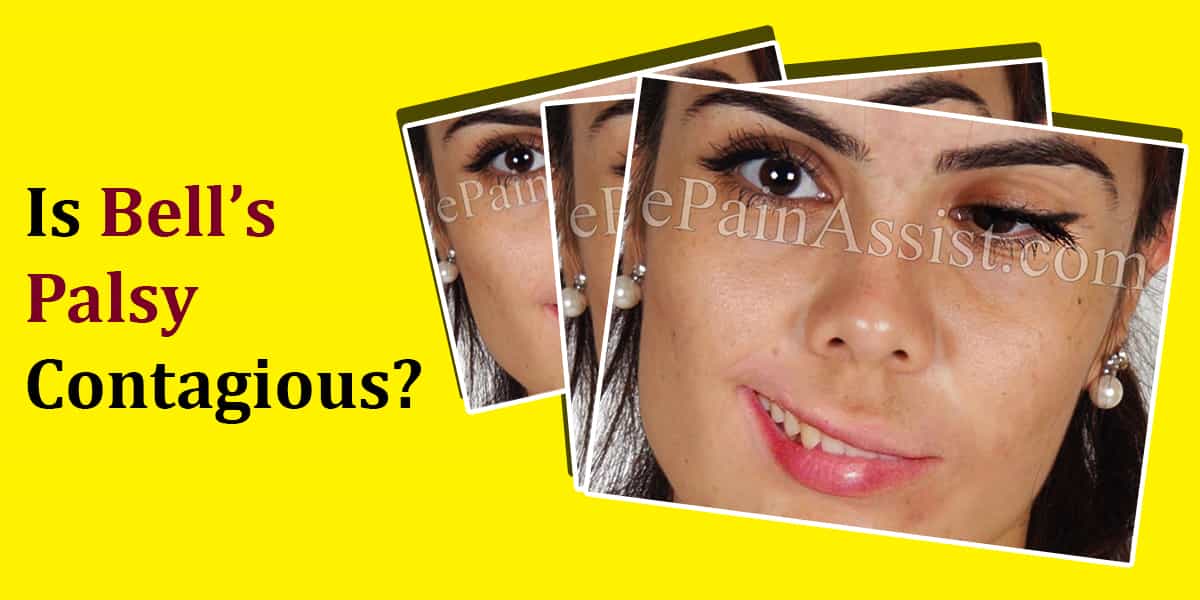 Bell’s palsy is a non-contagious condition and the exact cause is yet unknown. Though not contagious, it is believed that some types of virus are responsible for the condition, and the viral infections are contagious.

Bell’s palsy can occur due to reactivation of viral infection and can lead to inflammation around the facial nerve. This can cause compression of the nerve and appearance of symptoms of Bell’s palsy.

Herpes simplex virus 1 is contagious and can spread via contact with the saliva, sores, and oral surfaces. The transmission can happen anytime.
This virus can remain in a dormant state in the body and is associated with the facial nerve. It can also get reactivated, developing cold sores again.

Varicella-zoster virus causes chickenpox and can spread by coming in contact with someone with active infection.

The vaccine of this virus is now available which, has lead to a decrease in the number of cases.

Just like the HSV-1 virus, varicella-zoster can also stay in the body in a dormant state and later reactivate as shingles.

The Epstein-Barr virus causes infectious mononucleosis and is the most common virus found in humans.

It is contagious and spreads to others through contact with body fluids.

There is no cure for EBV and it remains in an inactive state in the body.

The symptoms of Bell’s palsy may occur suddenly and include:

There are very rare chances in which the nerves of both sides of the face are affected.

There are a few risks, established with this condition.

Migraine is found associated with facial and limb weakness. A study found those suffering from migraines have a higher risk of Bell’s palsy(5)

The way Bell’s palsy affects everyone is different. There are different treatments for this condition.

It is important to consult a medical professional to seek the best treatment options.

The treatment options of for Bell’s Palsy include:

The recovery period for Bell’s Palsy is mostly 3 weeks in 85 percent of people(6). It is longer in some and may take from 3-5 months.

Bell’s Palsy Is Not Contagious

Bell’s palsy is not contagious, but the illnesses causing it can be. The viruses that contribute to this condition are HSV-1, SBV, and VZV.

As the condition occurs due to swelling, inflammation, and compression of the facial nerve, the viruses that can affect this nerve can cause paralysis. These viruses are contagious and spread.

It can be corrected with the treatment of the infection.