What Is Waardenburg Syndrome? 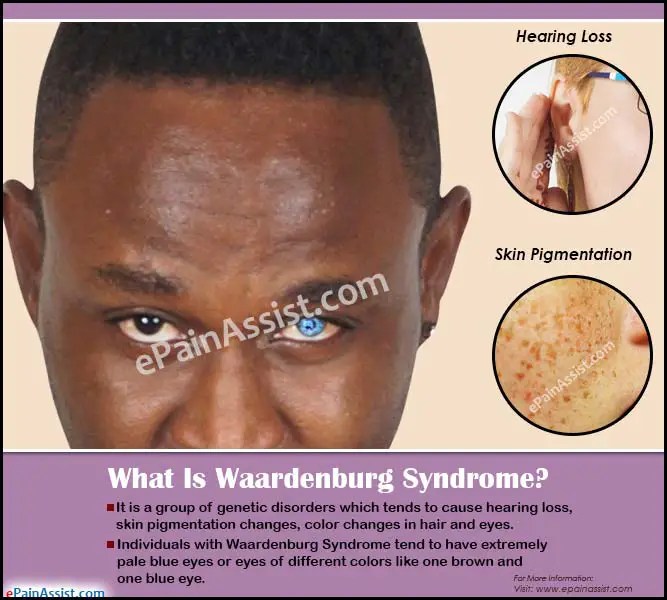 What Are The Types Of Waardenburg Syndrome?

What Are The Causes Of Waardenburg Syndrome?

Waardenburg Syndrome as stated is an inherited medical condition. It is an autosomal dominant abnormality which means that only one parent needs to have the defective gene to pass it to the child for the child to develop Waardenburg Syndrome. The type of Waardenburg Syndrome will depend on the different genes which are affected. Majority of the people get this disease from their parents, but their clinical presentations may be significantly different from each other.

What Are The Symptoms Of Waardenburg Syndrome?

Symptoms Of Waardenburg Syndrome Include:

How Is Waardenburg Syndrome Diagnosed?

In order to diagnose Waardenburg Syndrome, the treating physician may order the following tests:

What Are Treatments For Waardenburg Syndrome?

As of now, there is no definitive treatment for Waardenburg Syndrome. Treatment is aimed at controlling the symptoms. Constipation is treated with appropriate medications. Hearing is monitored closely with frequent audiometry testing. The overall prognosis of an individual with Waardenburg Syndrome to lead a normal life is good once the hearing problems are rectified. Some of the possible complications of Waardenburg Syndrome are: