Frozen shoulder is commonly identified by the usual signs or symptoms such as stiffness in the shoulder and limited or restricted movement of the shoulder. However based on the stages they vary greatly. The first stage of frozen shoulder, which is also referred to as the ‘freezing’ stage or the painful stage, typically lasts for about 2 months to 9 months. The usual signs and symptoms at this stage include –

Research studies and clinical findings have proven that people, who are above the age of 35, are more likely to develop these signs and symptoms of frozen shoulder. However, the general onset can be encountered in people, who are below the age of 60. Women and patients suffering from diabetes should be careful about their shoulder condition, in case these signs of frozen shoulder are encountered.

Other Common Signs and Difficulties in the First or ‘Freezing’ Stage

If such difficulties are experienced, along with the first or early signs of frozen shoulder, there is a high possibility that the condition is nothing but frozen shoulder. In case other signs and symptoms are encountered upon clinical diagnosis by the doctor, X-ray and MRI scans may be run to find out other causes. 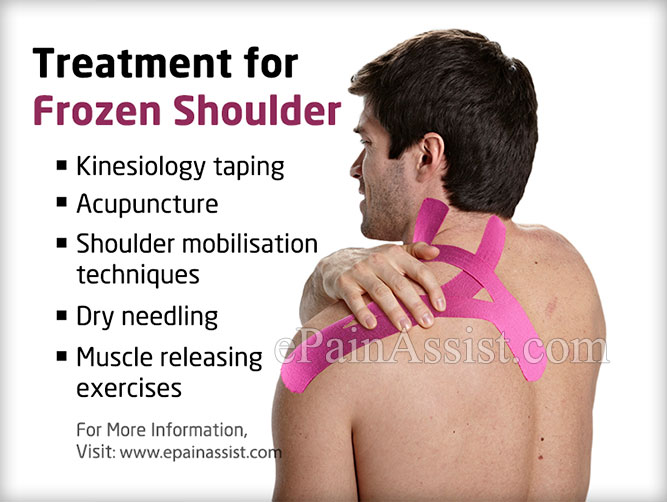 Usually frozen shoulder symptoms go without any treatment, within 2 to 3 years. If the symptoms are identified in an early stage, they can be prevented from worsening. Thus, the pain can be reduced to a great extent. Over the counter painkillers are quite common in dealing with the pain. Along with that, some other pain relieving techniques are used. These include –

One thing that needs to be kept in mind is that overzealous practicing of these pain relieving techniques may lead to severe side effects and increase the pain. Hence, it must be done in moderation and as per recommended by the treating doctor.