Ways To Boost Your Chances Of Conception

Conception is a spontaneous thing for many people, but for many others it is very stressful. Often it takes a lot of planning and making strategies to be pregnant. It might be a hard work to do all the calculations of your menstrual cycle dates, the ovulation time, etc and then be disappointed when you end up getting your periods. Although, a slight spotting or a mild bleeding might not always mean that you didn’t conceive. 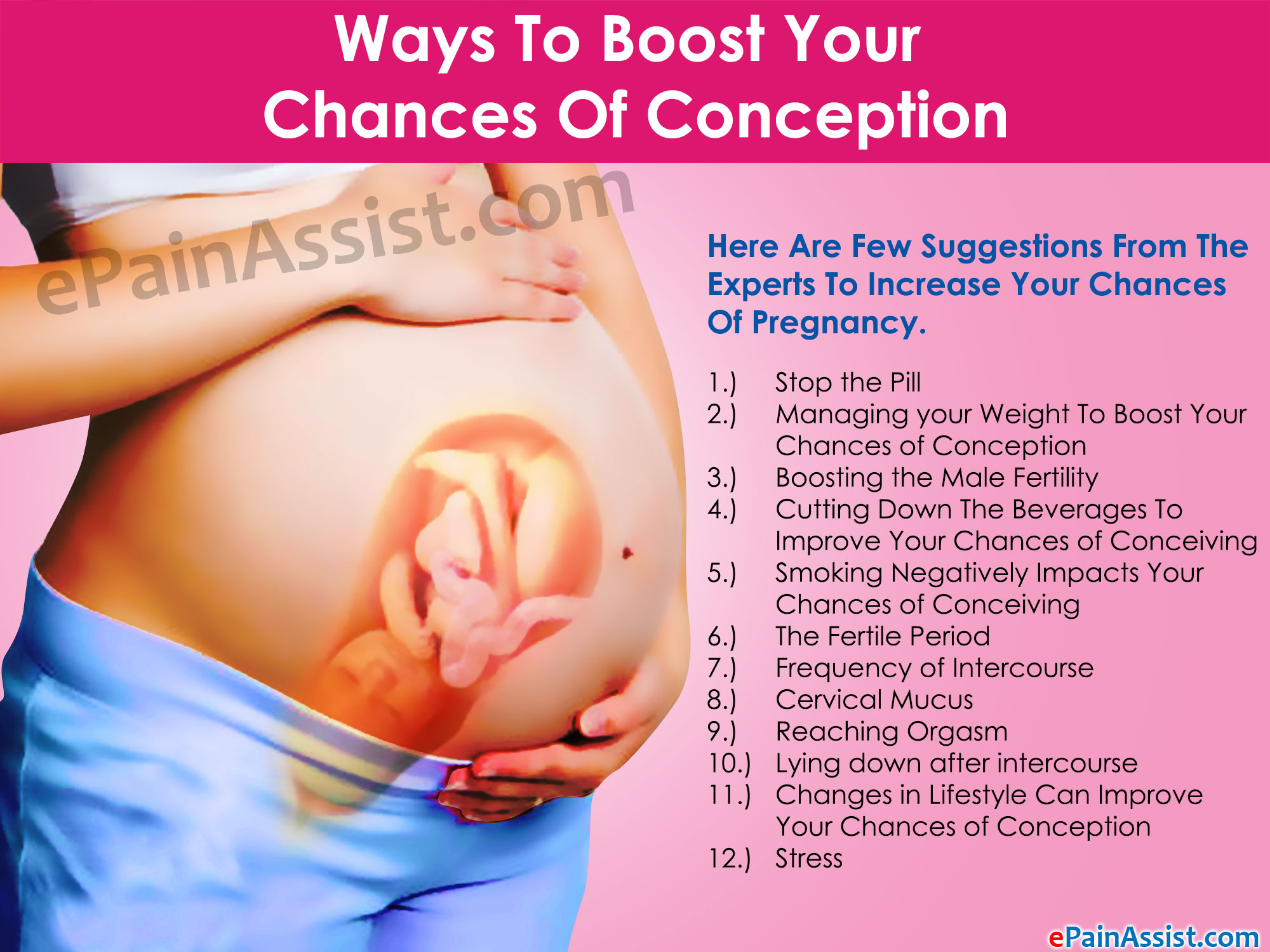 When you are trying to conceive, you want it to happen as soon as possible. However, the chances of conception depends on a lot of factors like when your mother attained menopause and whether you have a regular menstrual cycle, chronic physical disorders, etc. Yet a lot of it happens to be on the hands of the couple and certainly they can increase their chances of conception to some extent by making some lifestyle changes and staying healthy.

Here Are Few Suggestions From The Experts To Increase Your Chances Of Pregnancy:

A number of different factors contribute to pregnancy and even a slight deviation can increase or decrease your chance. Thus keep yourself calm and get a check-up done from your physician to find out if there is any underlying medical cause that is posing a blockage to your conception.