How Long Does It Take For Fungal Infections To Clear Up?

It is estimated that 1.5 million fungal species exist. And among them, 300 have shown virulence to humans. The incidence of fungal infections is increasing every year, with greater numbers of infections noted among patients belonging to high-risk groups such as HIV-infected persons and AIDS patients, transplant recipients, and immunosuppressed patients treated with chemotherapeutics or corticosteroids, as well as those suffering from hematological disorders and chronically ill patients (1).

Though fungal infections are uncommon but pose a threat to the life of patients. 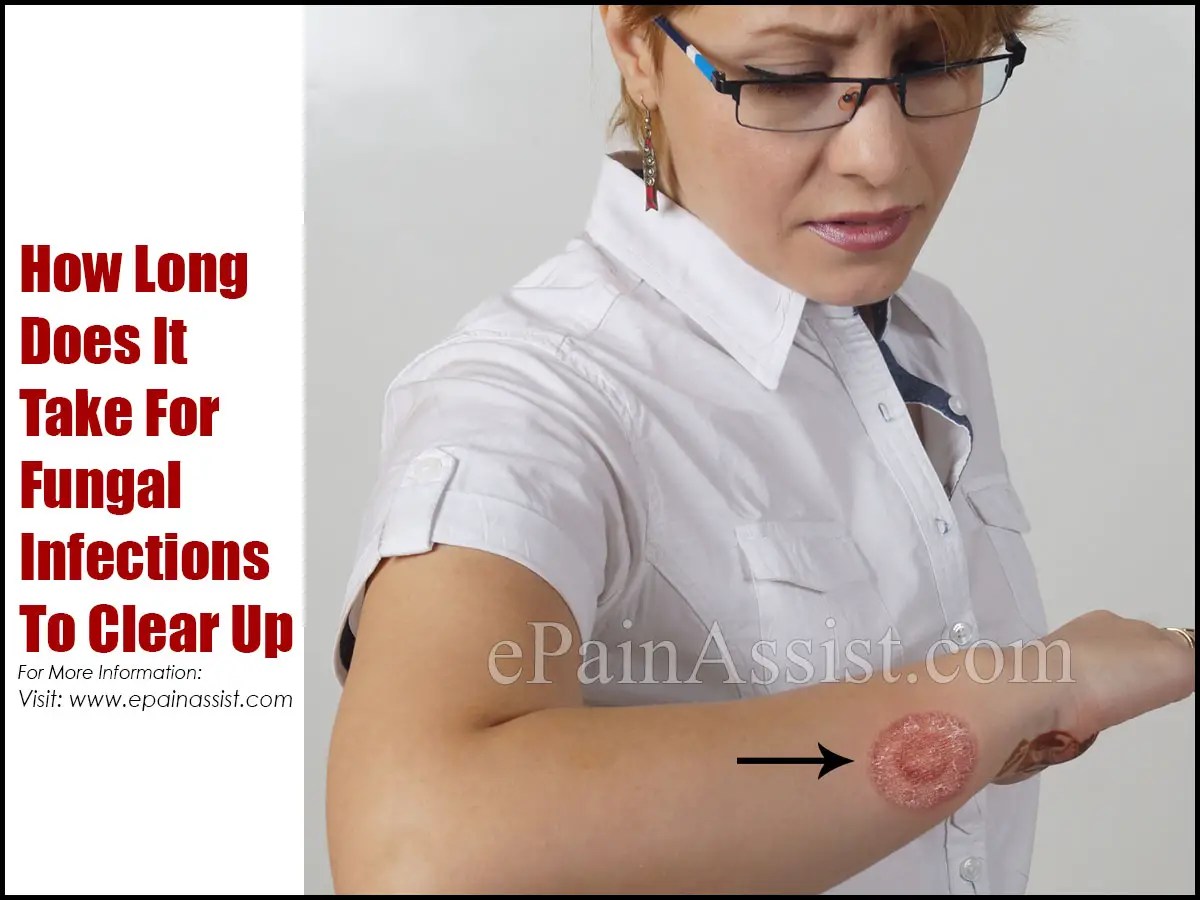 How Long Does It Take For Fungal Infections To Clear Up?

Deep Tissue Fungal Infection – Deep tissue fungal infection can take up to two years to treat. It has two different groups of conditions, the subcutaneous and systemic mycoses.

Subcutaneous Infections are caused by the traumatic implantation of the fungus into the skin, or very rarely, by inhalation into the lungs. It is dangerous if left untreated because they tend to spread other tissue or organ via lymphatic drainage (5).

During the last decades, an obvious change in pathogens has occurred. More aggressive treatment modalities can jeopardize the defense mechanisms to an extent that even fungi with a low intrinsic virulence enter the body to cause serious disease. Organisms that were previously considered harmless commensals have been held accountable for serious invasive fungal disease (2). Obviously, impaired cellular immunity is the reason that has been connected to the majority of the cases. Surgical removal of lesions is also possible and many cases, a combination of surgical intervention and antifungal therapy has increased the survival rate of patients (8).

Fungal infections, even though is rare, it pose a severe threat to the life of patients. Diagnosis and treatment are still a significant challenge. Superficial fungal infections can take from a few days to a few months to heal. Deep tissue fungal infection can take up to two years to treat. The choice of appropriate therapy is crucial in helping prevent the high mortality associated with fungal infections, and the choice of drug depends on fungi, its mode of action, and spectrum of activity.