What are the First Signs of Hay Fever and How Can Hay Fever be Prevented?

Hay Fever which in medical terms is termed as Allergic Rhinitis is a common condition in which the inner lining of the nose become inflamed due to environmental factors. There are many allergens in the environment which can enter the body and when this happens the immune system goes into overdrive to fight off the invaders. This is what that leads to Hay Fever.

It is the nose which gets affected the most and the symptoms are centered in and around it. Aside from environmental allergens, exposure to pet dander and coming in contact with the saliva of pets also may result in nasal inflammation. Hay Fever is more of a nuisance than a serious medical condition. It interferes with performance of the individual at work or at school. It also interferes with activities of daily living due to the symptoms that it causes.

The different between a common cold and hay fever is that this condition does not occur as a result of a viral infection. This article highlights the first signs of hay fever and ways to prevent this condition. 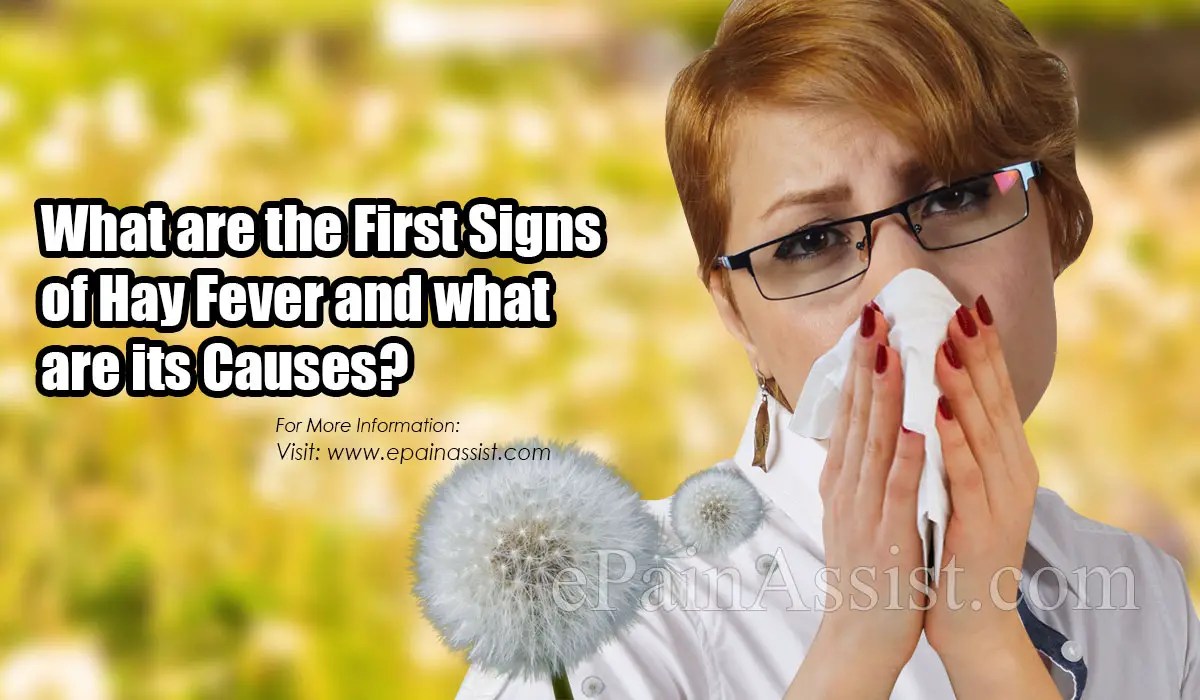 What are the First Signs of Hay Fever and what are its Causes?

The first signs of hay fever or allergic rhinitis are severe nasal congestion with persistent runny nose. The eyes also are affected with them becoming red, itchy, and irritating. The eyes will become so red that it may appear as if the individual is suffering conjunctivitis. The individual will also have frequent bouts of sneezing which tends to be extremely annoying and embarrassing for the individual at work or at a social event.

Hay Fever tends to get aggravated in the presence of certain triggers. These triggers are present in the atmosphere and can easily infiltrate the body causing the symptoms. They are mostly seasonal and the most common trigger is pollen. There are various forms of pollen which pop up during various seasons of the year. The tree pollen which is quite common in the spring season is the most common trigger for hay fever. People working with wood who make furniture are most at risk for developing this condition.

Grass pollen is yet another common trigger for hay fever. This is common in the summers and people working as farmers or in farm land tends to get hay fever due to this trigger. Dust Mites which is quite common in the house also have the capability to act as a trigger and cause hay fever. Pet dander is also a potential trigger to cause hay fever and almost everyone is at risk to get this condition by way of pet dander and is perhaps the most common cause for it.

How Can Hay Fever be Prevented?

Hay Fever may be an annoying condition but can be prevented if proper norms are followed. The first and foremost is for people working out in the woods or in farms is to keep the mouth and nose covered so that pollens may not be able to enter the body. Avoid going out in places especially during the spring and summer months where there might be triggers which may activate hay fever like woods.

Keep the house clean and free from dust mites and other insects like cockroaches as they also carry the potential to cause Hay Fever. If you have a backyard then it is advisable to keep it neat and free from any pet dander so that entry of any potential trigger is minimized in the house.

Make sure that the pet is adequately groomed and clean and if possible cut down the playing time with pets to avoid any potential triggers that may activate hay fever. This should be strictly followed for people who have a compromised immune system and may be vulnerable to hay fever. For others, eating a balanced diet and exercising regularly boosts the immune system and prevents an individual from an annoying condition like Hay Fever.