How Seat Belts Prevent Injuries and Save Lives?

According to the worldwide mortality rate, around 1.2 million people die each year due to car accidents and more than 50 million people get injured badly. And 65% of the car accidents happen due to not fastening seat belts. The studies claimed by CDCP – The Centre for Disease Control and Prevention, mentioned that around 255,000 has been saved in United States from year 1989-2001. Seat belts are the safety belts that are designed to prevent the occupants of the vehicle from getting hit or collide with the inside features of the vehicle itself caused due to sudden hit or harmful collision. Seat belts prevent harmful injury thereby saving millions of lives. Here are the ways how seat belts protect you from injury and save your life. 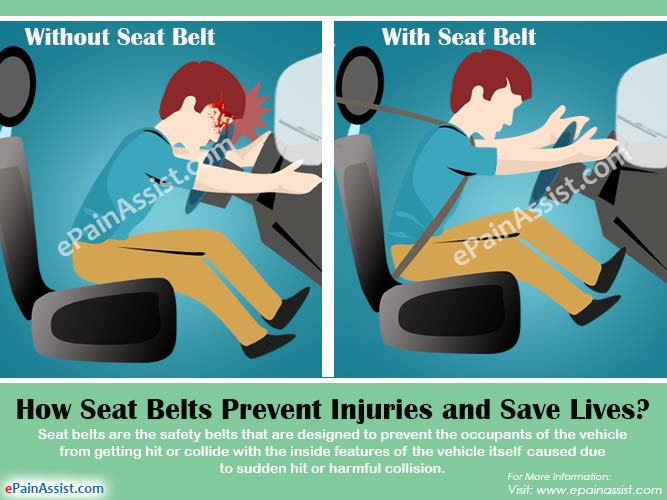 How Seat Belts Prevent Injuries and Save Lives?