Bee stings are a common enough occurrence in the outdoors scenario and they can be quite annoying too. In most of the bee sting cases, just home treatment will suffice to alleviate the pain from the bee sting; however, for those individuals who are allergic to bee stings or who have gotten stung multiple times, there may be a serious reaction, which warrants immediate treatment. What Happens When A Bee Stings?

The venom of the bee sting contains proteins, which affect the skin cells and the immune system of the body resulting in pain and swelling around the region of the sting. In individuals who have allergy to a bee sting, the bee venom can cause a more serious immune system reaction, which needs prompt treatment.

What Increases Your Risk For A Bee Sting?

Symptoms Produced After A Bee Sting

Different people have different reactions to a bee sting. It can vary from discomfort, mild pain to an acute allergic reaction. People can have a different type of reaction with every bee sting. Depending of the severity, given below are some of the reactions from bee stings:

What To Do In Case Of Minor Reaction From Bee Sting: Majority of the times people will experience a minor reaction and it usually subsides with home treatment.

What To Do In Case of Moderate Reaction From Bee Sting: Moderate reactions often subside in a week to 10 days. Individuals with moderate allergic reaction need not have a severe reaction the next time they are stung. In case if the allergic reaction is more severe than the previous time, then a doctor needs to be consulted.

Also known as anaphylaxis, a severe allergic reaction to a bee sting can be extremely fatal and life-threatening and it needs immediate medical attention. A minor percentage of people stung by a bee or some other insect can quickly develop anaphylaxis; the signs and symptoms of which are:

What To Do In Case Of Severe Allergic Reaction: Patients having severe allergic reaction to a bee sting tend to have about 40 to 60% chance of developing anaphylaxis the next time they are stung. In such cases, the doctor or an allergy specialist can educate the patient regarding prevention measures like immunotherapy, which will help in avoiding a similar allergic reaction in case of a repeated bee sting.

Multiple Bee Stings: How They Happen And What Are The Symptoms Experienced?

Most of the times when bees or wasps sting people, they do so in self-defense; and are not mostly aggressive. So, a person commonly has one or a few stings.

However, if a person disrupts a bee hive or swarm of bees, then it results in getting multiple stings. Africanized honeybees tend to swarm together and sting in a group. In such cases where a person gets stung more than 10 times, then there is accumulation of venom, which causes a toxic reaction and makes a person feel sick. Getting stung by bee multiple times can be hazardous, especially in children, older adults, and those patients who have breathing problems or heart problems. Some of the symptoms of this toxic reaction of Bee Sting are:

What Are The Investigations Done In Case Of A Bee Sting?

The following tests are done if the patient has had a reaction to bee sting and they indicate if he/she is allergic to bee venom: 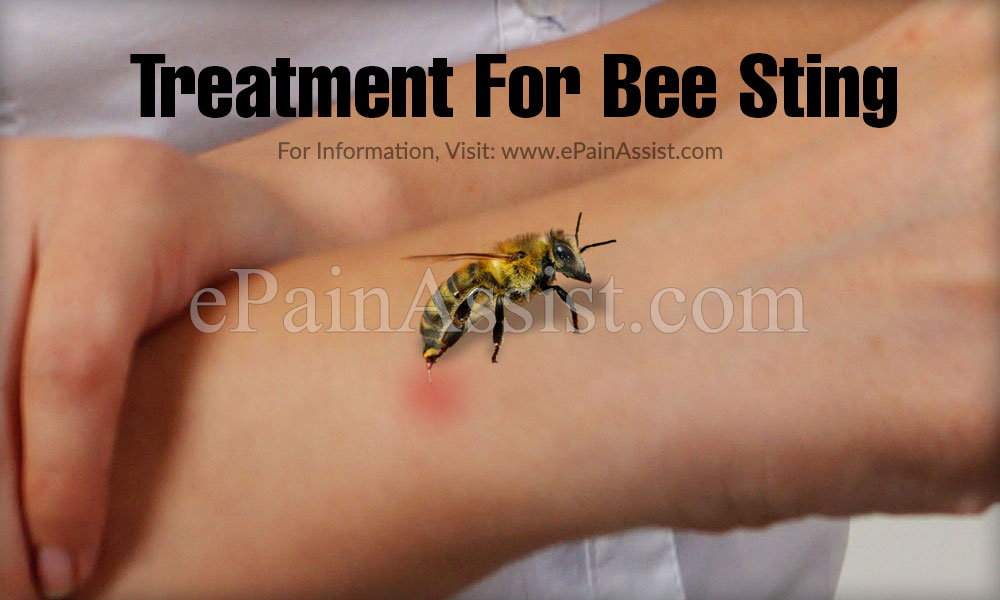