What is Clitoral Atrophy?

The clitoris is a female sex organ and the most sensitive part of a women’s body. It is considered a key to female orgasm. The nerves in the clitoris can lead to intense sensations during sexual activity. It contains 8000 sensory nerve endings which are approximately twice as many as found in a human penis.

The tissues of the clitoris are kept healthy by engaging in the act of sex which leads to an increase in blood flow to it. It is the only part of women’s anatomy exclusively for sexual pleasure. 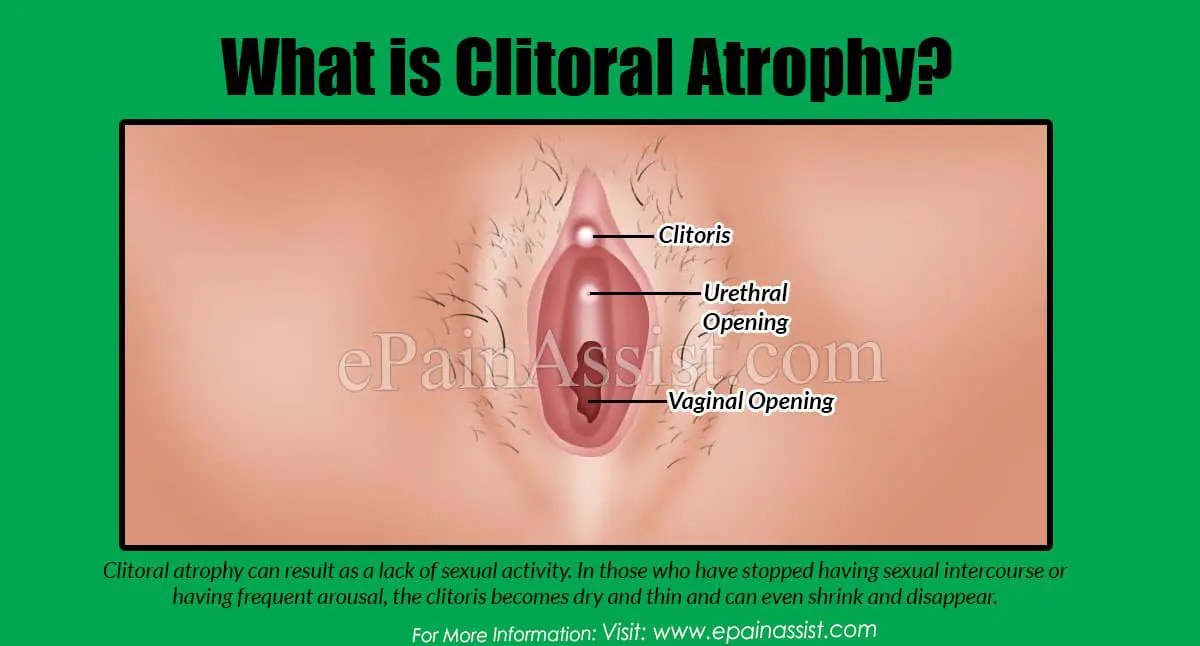 A decrease in size and function of clitoris over time is experienced when the level of testosterone drops such as in menopause or while using birth control pills. In atrophy, the clitoris stops responding to sexual arousal and stops functioning as it should.

Clitoral atrophy is seen occurring more in those females who aren’t sexually active.

Clitoral atrophy can result as a lack of sexual activity. In those who have stopped having sexual intercourse or having frequent arousal, the clitoris becomes dry and thin and can even shrink and disappear.

Another reason for clitoral atrophy is a drop in testosterone level. Testosterone is responsible for libido and is required by the clitoral tissue for proper arousal.

Testosterone level drops due to the following reasons:

The symptoms of clitoral atrophy are experienced when there is sexual arousal. The symptoms include:

How is Clitoral Atrophy Diagnosed?

If the tests do not point to any potential problem, the doctor might try treating the sexual complaint about clitoral atrophy.

Exercise. Regular exercise helps increase blood flow throughout the body. Anything good for the body is good for clitoris and vagina. Also, regular exercise keeps the testosterone level from dipping.

Testosterone supplements are also considered to treat clitoral atrophy occurring due to lack of hormone. It is given in a form of cream, pills or injection to restore the testosterone level and produce an adequate sexual response.

Talk to your partner. Be frank about the response to the same stimulation. Explore new fun options including different positions and types of sexual stimulations.

Clitoral atrophy is a most ignored sexual health issue but is treatable. Therefore, it is import to consult a doctor if any symptom is noticed. The doctor can help identify a cause and help find a solution.