Acoustic neuroma is an intracranial tumor arising from VIII cranial nerve known as vestibulocochlear nerve. It arises from the myelin sheath of the nerve formed of Schwann cells. It is commonly seen from the vestibular part of VIII nerve than the cochlear nerve. This nerve is responsible for hearing ability and maintenance of the balance of the body. The vestibular part for it into the superior vestibular nerve and inferior vestibular nerve which has an equal incidence of developing acoustic neuroma from them. 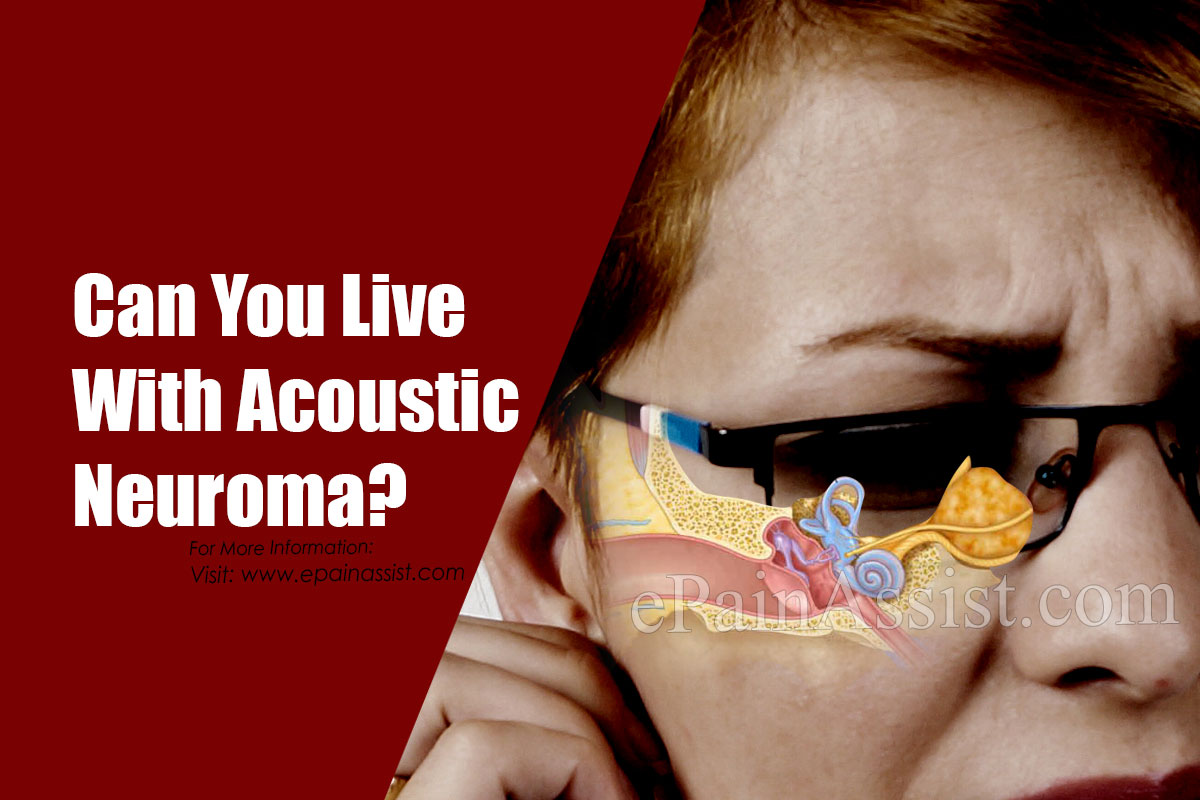 Can You Live With Acoustic Neuroma?

It is a slow-growing, nonmalignant, rare tumor with small size occurring in internal acoustic meatus or at a cerebellopontine angle in the posterior cranial fossa of the skull. Due to its small size and slow-growing nature, it has got a very good prognosis and curability rate.

Since the tumor is slow-growing it sometimes becomes so slow that people often survive life without even experiencing any symptoms and tumor is detected after death during the autopsy. It is not very surprising that sometimes patients undergo brain investigations for other purposes and an acoustic neuroma is detected incidentally in with patients experiencing absolutely no symptoms related to the tumor. It could be so small that it can be missed on various investigations.(1)

Even the careful observation of the tumor is one of the treatment methods for it because many times it does not require any treatment in the whole lifetime and minimal symptoms presented due to the tumor can be managed by medical treatment without any complications. Surgical treatment may not be needed at all and the patient can live a healthy life on medical treatment or continuous monitoring.

Sometimes it can cause minimal symptoms like occasional tinnitus, mild hearing loss, mild headaches, etc. which goes unnoticed because of very less severity. Patients do not bother for a full checkup in such cases and also describes their symptoms vaguely because their lifestyle is not much affected by them.

How Many Cases Of Acoustic Neuroma Are There?

The incidence of symptomatic acoustic neuroma is calculated to be about 0.7-1.0 people per 100,000 populations with the data provided by various researchers which make it a slow-growing tumor. The incidental finding including all of the non-symptomatic acoustic neuroma is found to be about two cases per ten thousand population by a 2005 study by Lin et al[1].

Acoustic neuroma also known as a vestibular schwannoma or neurilemmoma is a myelin sheath tumor covering the eighth cranial nerve. It is a very slow-growing tumor and this property makes it less prone to detection and can go undetected in a very high number of cases. Patients usually live a healthy and uneventful life in most of the cases and do not require any type of treatment for the acoustic neuroma. It can also be found as an incidental finding without any symptom.

Although the incidence of symptomatic acoustic neuroma is very less the autopsy findings are more in favor of high incidence due to very small size. Various brain investigations like CT scan and MRI can miss them when suspected in early stages because of location in internal acoustic meatus.