Homocystinuria commonly affects infants in the initial years of their life. Rare forms of homocystinuria can cause children to be underweight. Homocystinuria, if left untreated, can lead to serious and potentially life threatening complications.

The cause of homocystinuria is mutation in the genes, which are present at birth leading to accumulation of homocysteine along with other toxins resulting in damage to the nervous system and the vascular system.

Homocystinuria is an autosomal recessive condition, meaning that the child needs to inherit the mutated genes from both the parents resulting in homocystinuria.

What are the Risk Factors for Homocystinuria?

Having a family history of homocystinuria increases the risk for developing this condition. Homocystinuria is also commonly seen in countries, such as Germany, Ireland, Qatar and Norway.

What are the Types of Homocystinuria?

Infants suffering from a common type of homocystinuria usually have mild symptoms. They also may not have any symptoms to warrant treatment until they get older. Although, less common types of homocystinuria can cause serious developmental problems, such as impaired intellectual capacity among other things.

What are the Symptoms of Homocystinuria?

Other less common symptoms of Homocystinuria are: 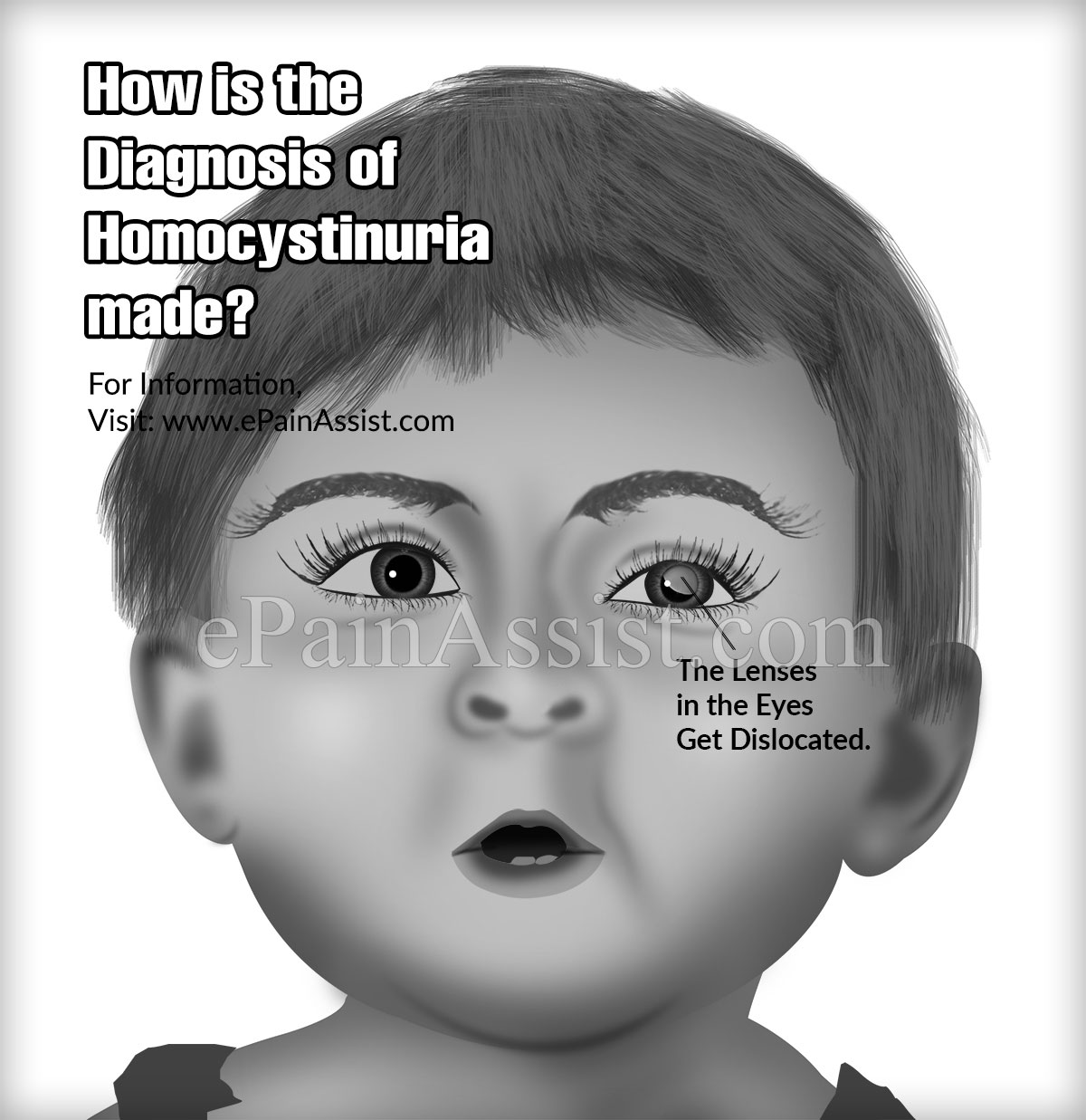 How is the Diagnosis of Homocystinuria made?

A complete medical history and physical exam of the child is conducted. Other signs of homocystinuria, such as the patient being very tall or thin, having chest deformities, dislocated eye lenses and spinal curvature are looked into to confirm the diagnosis of homocystinuria.

What is the Treatment for Homocystinuria?

Homocystinuria has no cure. Treatment of homocystinuria consists of giving the patient high doses of vitamin B-6. If the patient responds well to this treatment, then the patient needs to take vitamin B-6 supplements daily for the rest of the life. Other than this, patients suffering from homocystinuria should consume diet which is low in methionine for good results. The doctor can also prescribe betaine, which is a compound that helps remove homocysteine from the patient’s blood. Patient can also benefit from adding the amino acid cysteine to the diet and taking a folic acid supplement.

How Can Homocystinuria be Prevented?

Homocystinuria occurs as a result of genetic mutations, which makes it difficult to prevent. Patients with family history of homocystinuria should seek genetic counseling to assess the risks before having a child, which can potentially inherit homocystinuria.

What is the Prognosis for Homocystinuria?

As of now, there is no cure for homocystinuria. However, about 50% of the patients having homocystinuria respond well to vitamin B-6 supplements. Young patients who are diagnosed at an early age can benefit from a low-methionine diet, which is thought to prevent some forms of mental disabilities and complications.

It is important that patient follow proper treatment for homocystinuria; as despite treatment, patient is at risk for suffering serious complications, such as blood clots; especially if the patient has persistent high homocysteine levels.