What Causes Night Sweats In Men?

The night sweats, or excessive sweating during the hours of sleep, because the people who suffer wake up bathed in sweat, which decreases their quality of life. Anyone can occasionally have night sweats in summer, but when the problem is chronic (repeated every night for a period of time) night sweats may be a symptom of an illness.

Sweating is a normal function of the body, by which it regulates its temperature by secreting a fluid from the sweat glands. The goal of sweating is to keep the body at a constant temperature of about 36 degrees Celsius. 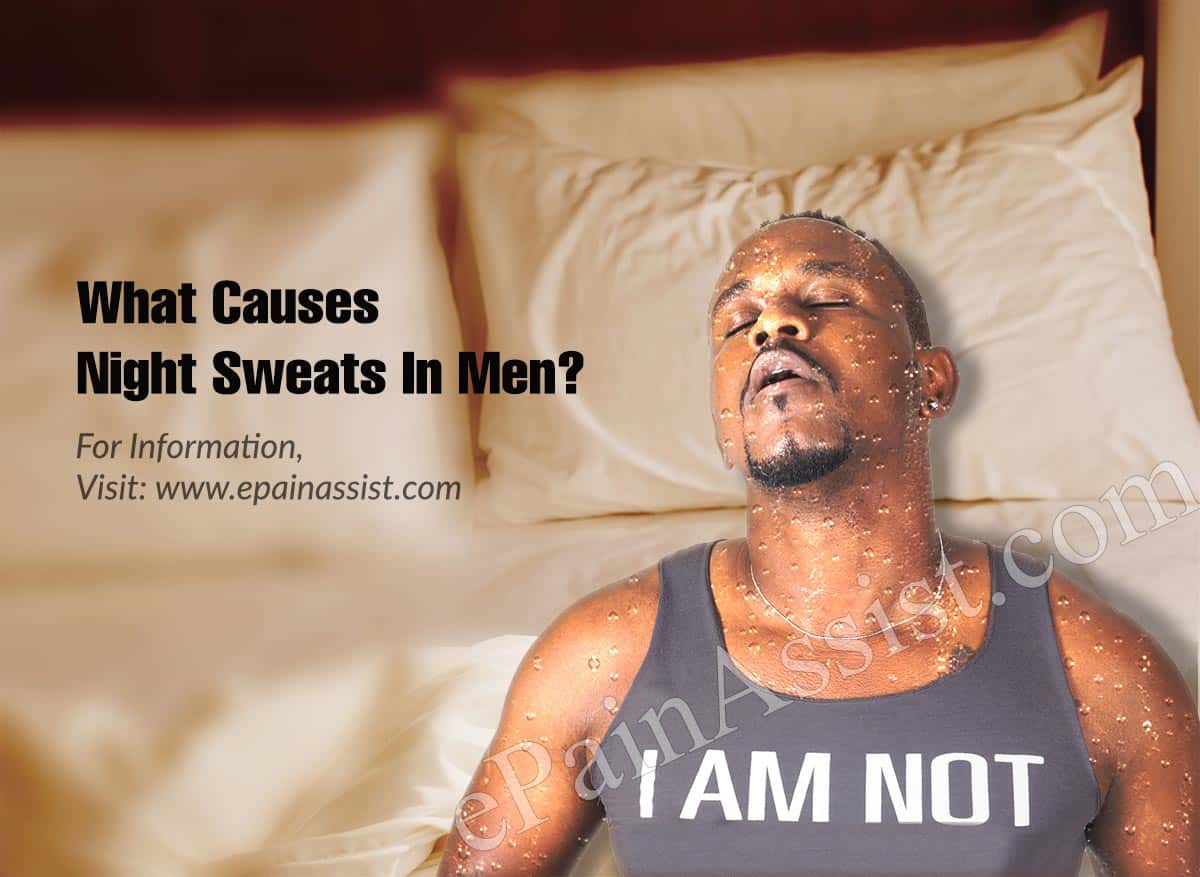 What Causes Night Sweats In Men?

Night sweats in men manifest as a non-specific symptom in many diseases. The possible causes of night sweating in men are, among others, the following:

-Infectious diseases can cause Night sweats in men (for example, influenza, tuberculosis, AIDS or malaria).

-Food (for example, for spicy spices or hearty meals before going to sleep).

-Another cause for night sweats in men is sleep apnea.

-Medicaments, alcohol and drugs, as well as their detoxification can cause night sweats in men.

-Night sweats in men can also appear without an identifiable cause. In these cases we talk about idiopathic night sweats.

Night sweating is a general symptom that manifests itself in many different diseases especially in the case of infections and tumors. The sweats can also appear without an apparent reason and without being related to pathology. In this case they are called idiopathic sweats, and in many cases usually have a genetic component, or be related to some problem of the functioning of the sympathetic nervous system. Some possible causes of sweating may also be related to hormonal causes, metabolic diseases, as a side effect of some medications, or more serious diseases such as a tumor.

The combination of night sweats, fever and weight loss, which occur for no apparent reason, is called B symptoms in medicine and may be related to a cancerous process.
In a serious illness, if there are night sweats, it is normal for them to appear along with other symptoms.

Night sweats are an uncomfortable symptom for the person who suffers it, because usually wakes up bathed in sweat and should change the sheets and pajamas. The night sweats may appear related to some pathology, or it may not. Many times, the cause of night sweats is temperature. During the summer, or if we sleep with a lot of clothes, it is common for night sweats to occur. On the other hand, heavy dinners, or accompanied by spicy spices can promote the appearance of night sweats.

If the person suffering from night sweats believes that it is due to an increase in temperature, or a plentiful or spicy dinner before going to sleep, he should adapt his habits of life in order to disappear. But if the night sweats continue, it is necessary to consult a doctor.

This will tell you that it is possible for sweats to appear for unknown reasons. These are called idiopathic sweats, which may be due to genetic causes or due to an incorrect functioning of the sympathetic nervous system. Sometimes, night sweats also appear as an emotional reaction to stress or anxiety.

But night sweats can also be a symptom of some disease. In cases where the cause is an infectious disease, it is usually accompanied by other symptoms, such as fever and weight loss.

Sweating can become excessive, to the point that people are bathed in sweat. When this happens while you sleep, we talk about night sweats, and it can be a symptom of some medical pathology.

Therefore, if we sometimes suffer excessive sweating during sleep, we should not worry although it will be advisable to consult a doctor if the problem becomes habitual.