What Is Nipah Virus & How Is It Transmitted?|Symptoms, Treatment of Nipah Virus

The recent outbreak of the Nipah virus in the state of Kerala in India has highlighted the problem of new and emerging viruses that are causing fatal infections in humans and animals. In recent years, the occurrence of zoonosis, that is diseases that are transmitted to humans from animals, has been growing rapidly. The natural host for the Nipah virus is fruit bats and the first outbreak of the disease was identified in Malaysia in 1998. In some cases, it has also been seen that sometimes pigs also serve as the intermediate hosts for Nipah virus. 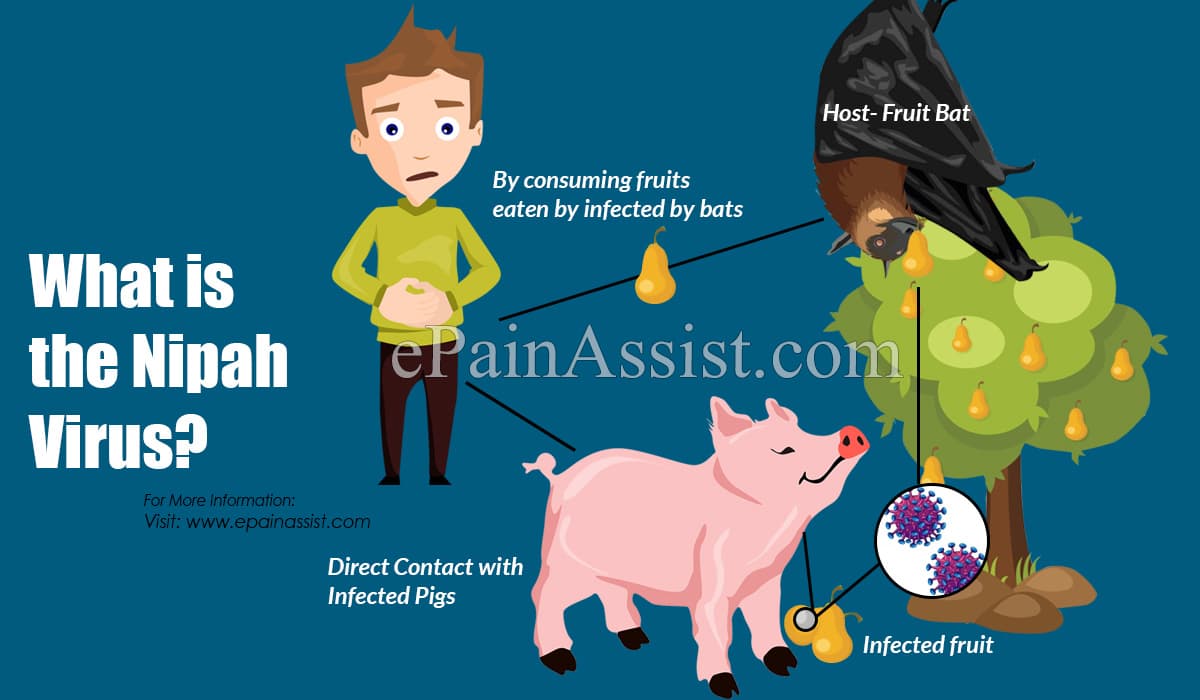 What is the Nipah Virus?

The Nipah virus (NiV) is a fairly new virus that causes severe disease in both animals and humans. The virus is a zoonosis, meaning that Nipah virus gets transmitted from animals to humans. In the case of Nipah virus, the animal which transmits this infection is Fruit bats from the Pteropus genus or the Pteropodidae Family. First identified in 1998 during an outbreak in Malaysia, the virus is named after the village it was discovered in – Kampung Sungai Nipah Village. Nipah virus, along with the Hendra virus, has been made into a new genus known as Henipavirus, under the subfamily Paramyxovirinae.

Outbreaks of Nipah virus infection have been observed to follow a strong seasonal pattern and have a limited geographical range till now. Usually, during a Nipah virus outbreak, the fatality rate of NiV infections have been seen to range between 50-75%, though it is possible for it to be as high as 100% in some outbreaks.

How Does Nipah Virus Get Transmitted?

Infected fruit bats shed the virus through their excretion and also through bodily secretions such as saliva, semen, and urine. However, these infected bats are usually symptom less carriers. Amongst pigs, though, the Nipah virus (NiV) is severely contagious and spread by coughing. In fact, coming into direct contact with infected pigs are known to be the predominant mode of transmission of the virus to humans. In the 1998 Nipah virus outbreak in Malaysia, 90% of the infected individuals were pig farmers or had some form of contact with pigs.

Drinking of fresh date palm sap is also known to be an indirect method of transmission of the Nipah virus to humans.

The Nipah virus also passes through contaminated fruits, for instance, if there are half-eaten fruits left by the fruit bats and someone else comes in contact with these, there is a high risk of catching the Nipah virus.

In the latest outbreak in Kerala, India, we are seeing evidence of human to human transmission as health workers are becoming infected.

Is the Nipah Virus Infection Contagious?

What are the Symptoms of Nipah Virus Infection?

When humans become infected with Nipah virus infection, it causes an asymptomatic infection. Within 5 to 15 days of being exposed to the virus, the symptoms of the infections start becoming visible. The common signs and symptoms of a Nipah virus (NiV) infection include:

The Nipah virus is also associated with inflammation in the brain, due to which the fever may spike, leading to a state of confusion and delirium. Many patients may also experience respiratory, neurological, and pulmonary symptoms. Encephalitis is also another complication of Nipah virus (NiV).

How is Nipah Virus Infection Diagnosed?

What is the Treatment for Nipah Virus Infection?

As there is no vaccine available for Nipah virus (NiV) infection, the only way is to prevent becoming infected in the first place. Stay away from having date palm, as drinking raw date palm sap is known to cause Nipah virus (NiV).

Nipah virus infection is a fairly new disease that has been discovered. Spreading from animals to humans, the Nipah virus is highly contagious and proper care needs to be taken to control the spread of the Nipah virus infection. People living in and around the area where a Nipah virus outbreak has occurred, need to avoid having fruits that have been bitten by animals or birds. It is necessary to maintain good personal hygiene and also stay away from places where bats can be found in large numbers. Definitely avoid eating fruits that have fallen on the ground and also avoid coming in contact with people who are infected with the virus. If you are handling patients having Nipah virus (NiV), then make sure you wear a mask and gloves while handling them. A little bit of precaution can go a long way in preventing the spread of the Nipah virus infection.