Dizziness is a feeling of lightheadedness where a person feels as if he/she is fainting; or Dizziness can be described as if the surroundings are moving around when actually there is no movement (vertigo).

Dizziness is a term, which is often used generally where people use this term to describe varying type of sensations, such as of giddiness, loss of balance, stumbling when walking etc. Dizziness is a very commonly experienced symptom and is generally not a cause for concern and is often not linked to any serious condition; nevertheless, it is advisable to get yourself checked by your physician if you are experiencing dizziness regularly. Dizziness can encompass a broad range of factors, such as falling, whirling, tilting, feeling off-balance or spinning feelings and one of which is dizziness when lying down. So what causes dizziness when lying down? Read on to know more. 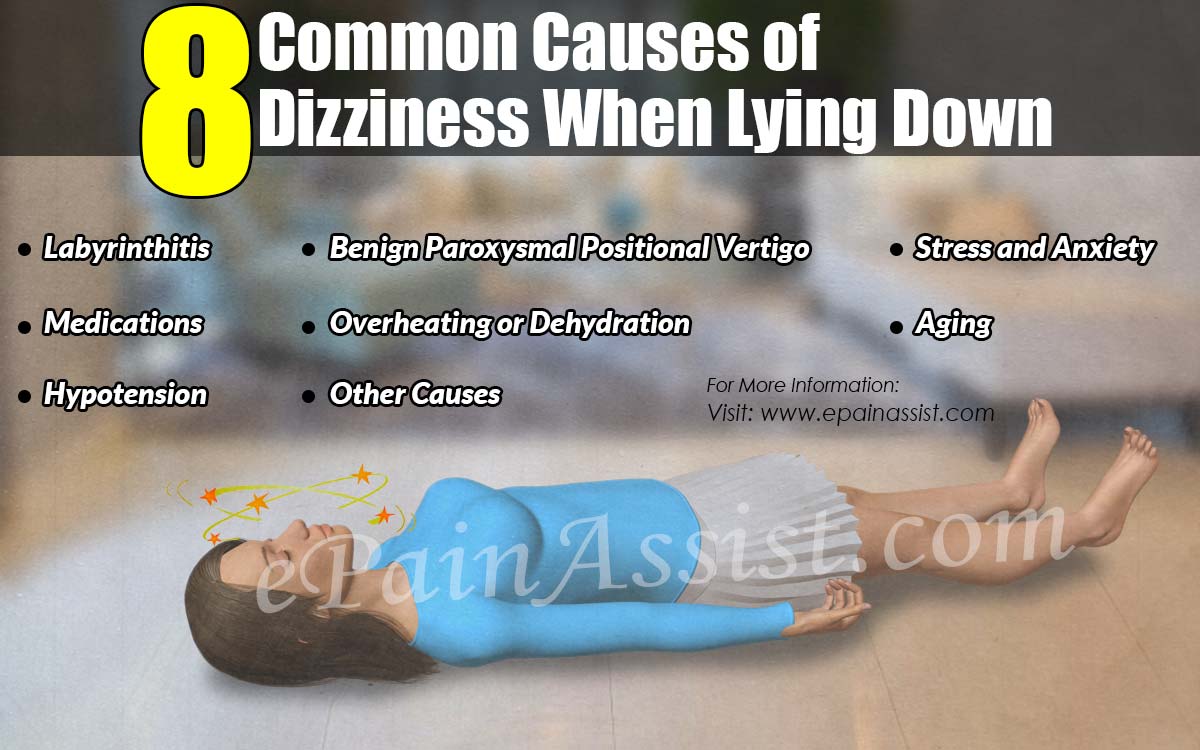 8 Common Causes of Dizziness When Lying Down

Given below are the 8 common causes of dizziness when lying down:

Ways to Get Rid of Dizziness When Lying Down?

Depending on the results, the doctor can recommend various things to get rid of dizzy feeling when lying down, such as rest, medicines or balance exercises.

Ways to Prevent Dizziness When Lying Down

When To Seek Help When Experiencing Dizziness When Lying Down?

Immediate medical help should be sought if you are feeling dizziness when lying down accompanied with the following: